Not Relativity by Syd Wilcox (.PDF)

Text books, scientific books, etc
Ajraeel
Dec 3rd, 2020, 9:52 pm
#8126590 by Ajraeel
Not Relativity: Just Weird Gravity by Syd Wilcox
Requirements: .PDF reader, 4.08 MB
Overview: here is something that travels faster than light and this has been known about for decades. In the year 1725 an observation was made that disproved the later claimed principle of invariance which is where or why the name “Relativity” comes about and is thus the foundation stone or fulcrum point of the theory of relativity put forward by Albert Einstein some 180 years later, and thus totally destroys Einstein’s theories of relativity before they are even written and proffered up. In the year 1913 an experiment was conducted that proves beyond doubt, (it is today a very well established fact and commercially used effect) that light is NOT a constant, and that light can travel faster than C to an exceedingly close frame of reference and also slower than C to a very close frame of reference, contrary to Einstein’s theories. Time dilation is shown to be totally false and the supposed mind experiments claimed to prove dilation are exposed and shown to be FLAWED. TIME is given a true, exacting and unambiguous definition as never before. The reason behind why atomic clocks are CLAIMED to show time dilation. Space-time does not and cannot exist! The principle of equivalence is proven to be incorrect. There is a place of zero G, but what about zero inertia; and the effects the link of inertia & gravity have on the function of rockets. Because of new information, an explanation to the question of why galaxies spin so fast has been found and with this explanation comes forth a better and more fitting explanation to cosmology other that the “big bang” theory. E does not, and cannot = MC². Why has the obvious been overlooked? The super Hadron collider contradicts Einstein’s relativity. Twice C speed of collision! Designed easy read for anyone, no complicated maths or equations are required to explain the contents. Everything is easier because Newtonian physics is as hard as it needs to be and can explain everything in the universe. References placed for further astonishing facts & information all of which can be found on the web and are usually a short easy read of a few pages each. The contents of some of these papers are literally mind blowing and I am not exaggerating. There have been made discoveries that will change the whole of the sciences of cosmology, astronomy & astrophysics. Two (or three) answers to the binary star problem. A problem was looking for just one. These sciences have moved on a leap but I still see old outdated science and theories still being taught in schools, colleges and universities and this beggars the question, WHY? Herein lays the reason for this book.
Genre: Non-Fiction > Educational 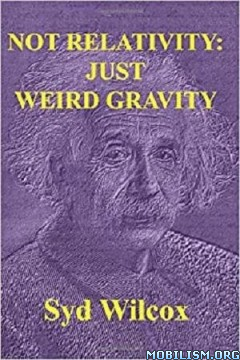