The Enigma of Arthur Griffith by Colum Kenny (.ePUB) (.MOBI)

davo444
VIP
Jun 5th, 2020, 8:32 am
#7584264 by davo444
The Enigma of Arthur Griffith: ‘Father of Us All’ by Colum Kenny
Requirements: .ePUB, .MOBI/.AZW reader, 6.5MB
Overview: Almost a century after his untimely death in 1922, this lively new assessment looks at the man Michael Collins described as ‘father of us all,’ and reclaims Griffith as the founder of both Sinn Fein and the Irish Free State.

Griffith’s role has often been misrepresented. Too radical for Fine Gael, he was not militant enough for opponents of the Anglo-Irish Treaty. Kenny argues that efforts to ‘other’ Griffith as ‘un-Irish’ raise uncomfortable questions about Irish identity. Griffith is also shown to have become a scapegoat for Irish anti-Semitism, which he rejected, and his courage in signing the Treaty to end the War of Independence, when Eamon de Valera refused to go to London, is highlighted.

A dedicated nationalist and intellectual, as well as a skilled editor and balladeer, Griffith encouraged women to become involved in the struggle for national independence, and, unusually for his time, was able to distinguish between Oscar Wilde’s private life and his work. His complex relationships with W.B. Yeats and James Joyce are also revealed in significant new ways. The Enigma of Arthur Griffith brings the real Arthur Griffith back into focus for a new generation.
Genre: Non-Fiction > Biographies & Memoirs 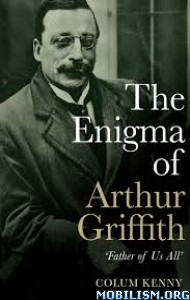