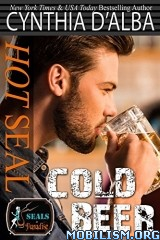 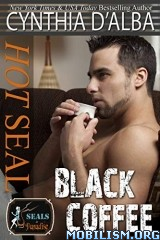 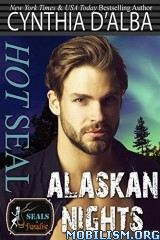 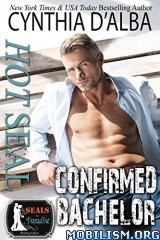 Hot SEAL, Cold Beer (#6): An ex-Navy SEAL agrees to play fake lover for the Maid of Honor at a destination wedding only to discover that what happens on a Caribbean Island can sometimes follow you home.

Nicholas Falcone, aka Nikko, aka Falcon, is five months out from active SEAL duty, putting his pre-service accounting degree to use while going to law school at night. He’d love to take a vacation between semesters, but every buck is earmarked for his education. When a fellow accountant approaches him about his sister needing an escort for a destination wedding, Nikko jumps at the idea. With the wedding families footing the bill, what does he have to lose?

Surgeon Dr. Jennifer Pierce is still stinging from a broken engagement. Going to a destination wedding at the Sand Castle Resort in the Caribbean would be great if only her ex-fiancé and his new wife weren’t also attending. Her options are to find a date or not go, but not going isn’t really an option. That means letting her brother set her up with a guy from his accounting office…Heaven forbid. When did accountants start looking like this?

Hot SEAL, Black Coffee (#8): Dealing with a sexy ex-girlfriend, a jewel heist, and a murder-for-hire can make an ex-SEAL bodyguard a tad cranky. Trevor Mason accepts what should be a simple job…protect the jewels his ex-girlfriend will wear to a breast cancer fundraiser. As founder and owner of Eye Spy International, he should send one of his guys, but he needs to get his ex out of his system and this is the perfect opportunity to remind himself that she is a spoiled, rich debutante who dumped him with a Dear John letter during his SEAL training.

Respected breast cancer doctor Dr. Risa McCool hates being in the limelight for her personal life. Her life’s work is breast cancer treatment and research, which she’d rather be known for than for her carefree, partying debutante years. She agrees to be the chairperson for the annual breast cancer fundraiser even though it means doing publicity appearances and interviews, all while wearing the famous pink Breast Cancer Diamond for each public event. The multi-million dollar value of the pink stone requires an armed bodyguard at all times. Past attractions flame, proving to be a distraction to the serious reality of the situation. When Risa and the millions in diamonds go missing, nothing will stop Trevor from bringing her home, with or without the jewels.

Hot SEAL, Alaskan Nights (#16): From NYT and USA Today Best Selling Author comes a beach read that isn’t the typical sun-drenched location. Homer, Alaska. A Navy SEAL on leave. A nurse practitioner in seclusion. A jealous ex-lover looking for redemption…or is it revenge?

Navy SEAL Levi Van der Hayden returns to his family home in Homer, AK for the three Rs…rest, relaxation and recovery. As the only SEAL injured during his team’s last mission, the last thing he wants to do is show his bullet wound to friends…it’s in his left gluteus maximus and he’s tired of being the butt of all the jokes (his own included.)

After a violent confrontation with a controlling, narcissistic ex-lover, nurse practitioner Bailey Brown flees Texas for Alaska. A maternal grandmother still in residence provides the ideal sanctuary…still in the U.S. but far enough away to escape her ex’s reach.

Attracted to the cute nurse from his welcome home beach party, Levi insists on showing her the real Alaska experience. When her safety is threatened, he must use all his SEAL skills to protect her and eliminate the risk, even if it means putting his own life on the line.

Hot SEAL, Confirmed Bachelor (#23): When a Navy SEAL runs into an obstacle, he climbs over it, under it, around it, or destroys it. So what if it's a woman?

Master Chief Benjamin Blackwell has it all. Adventure, good looks, skills, and women. His life is perfect and he has no intention of changing a thing. Until her.

Holly Maxwell is a sexy woman unlike anyone he’s met before. A widow for ten years, she’s happy with her life even with the trials of raising a pre-teen daughter, and being the only girl in a nosy, boisterous family of Coronado cops.
But what makes her so inexplicable to this Navy SEAL is her total lack of interest in him.

Hot SEAL, Secret Service (#26): As a Navy SEAL, and then as a Secret Service agent, Liam Ghost’s best work is done out of the spotlight. When he’s assigned to the Vice President’s daughter, the magnetic pull between them leads to a hot, passionate affair. But the public attention on him, and on them, shines too bright a light and he backs away into shadows, leaving both of them pining for what they lost.

Liz Chanel is used to the being in the public eye. Through her formative years, her father served as state governor, senator and now vice president. When she falls for a member of her secret service detail, she feels every piece of her life is perfect…until her lover walks away. Even though she doesn’t need the money, she jumps back into her modeling career in an effort forget Liam.

During an intense reelection campaign for her father, Liz is snatched off the runaway and held to force her father off the ticket.
Liam assembles a team of ex-SEALs to go get his woman back from the kidnappers, and maybe talk her back into his life.