iheartbooks77
Head of eBooks
Aug 23rd, 2020, 11:11 am
#7809201 by iheartbooks77
The JAK2 Cycle series by V.E.S. Pullen (#1-3)
Requirements: .ePUB Reader, 558 kB
Overview: V.E.S. Pullen is a believer in truth, justice, and the Oxford comma. She lives in southeast Michigan with her family -- three cats and only *one* dog, which is a travesty that must be rectified despite what her husband thinks; "living the dream" is her own pack.
Genre: Romance 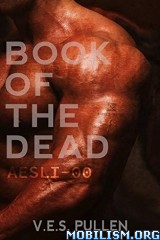 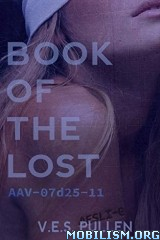 Except there is no “normal” anymore, not since the JANUS-23 pandemic decimated the world’s population.
And it isn’t a town, it’s a military base.
And Azzie isn’t exactly thrilled with the golden cage she’s living in.

The same day that sketchy, middle-aged men in cheap suits show up at her door, new faces appear in her orbit: a set of gorgeous, identical triplets at school, and a nosy new tech at the hospital…
All incredibly handsome faces. All of them seeming to pop up wherever she is.
Seriously, do they think she’s stupid?

~o~
My doctors, my foster family, my friends, even Mouse has been lying to me. Sasha, Luka, and Sev aren't even teenagers let alone high school students.
Everyone has an agenda, everyone wants something from me, and they all seem to think I'm not going to notice?
Luckily we've been planning for this since before anyone else stepped foot in Salem.
And nobody knows the secrets of this town anymore, no one but me.

~o0o~
"Book of the Damned" is the second book in the JAK2 series, and you will need to read "Book of the Dead" to understand what's going on. This is a reverse harem (why choose?) slow-burn romance taking place years after a pandemic. If the idea of one snarky, angry, damaged teenage girl involved with multiple 20-something men offends you, this is not the book for you.

Book of the Lost: AAV-07d25-11 (#3): We’ve escaped Salem, leaving behind thousands of people to an uncertain fate. The bunker is a short-term haven, providing more than we ever imagined — proving once again that Azzie and Mouse weren’t the compliant little puppets everyone believed them to be.
But it’s time to leave now, to go out into the world.
A world that isn’t remotely prepared for Azzie.
Fear is a powerful weapon to wield, but hope? Hope is the one-eyed man in the land of the blind. Hope is the gun at the knife fight.
No, they have no idea what’s coming.