loya
eBook Moderator
Nov 17th, 2020, 11:46 pm
#8078707 by loya
Bulletfoot series by Marshal Rust (#1-3)
Requirements: .ePUB reader, 497 KB | 1.2 MB
Overview: Marshal Rust was born in Boulder, Colorado, where he still resides to this day. His parents - both hard-working blue-collar folk - made sure he got a good education and ensured that included reading as many books as he possibly could. And it's no surprise he came to absolutely love science fiction and fantasy. He cut his teeth on the works of Heinlein, Asimov, Tolkien, and more. He later progressed to the works of Robert Jordan, Terry Brooks, David Brin and Cormac McArthy, and many of their contemporaries through and over the years. He's worked in his father's trade as a welder, moonlighted as a delivery man, sold computer hardware, and done a brutal stint as an animal massage therapist (yes, it's a real job), and has even had to chase a goat that made off with his paper bagged lunch, but nothing makes him happier than clear skies and a blank sheet of paper to write on.
Genre: Fiction > Sci-Fi/Fantasy 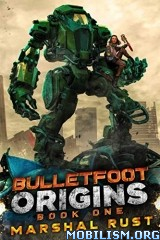 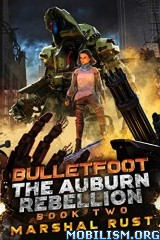 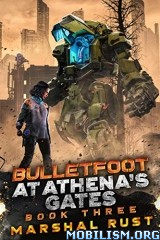 1. Origins
Centuries ago, humanity crawled inside its bunkers and vowed never to come out. The air was too toxic, they said. The earth was too dangerous. But did everyone agree? Jessica13 and her little service mech Mini have been looking out at the horizon, wondering, “Is it really all that bad out there?” Maybe the grass is greener just beyond these fortified hills. Maybe life is better with a little bit of sky above your head... So when she gets the chance, she leaps head-first into a wide-open world that’s every bit as grand and lethal as promised. Hunters who are more than willing to kill no matter your age or gender lurk in lost cities and junkyards. Only her wits, Mini’s speed, and a hell of a lot of engineering skills can keep them both alive.

2. The Auburn Rebellion
Centuries ago, humanity crawled inside its bunkers and vowed never to come out. But Jessica13 and her little service mech Mini leaped head-first into a wide-open world that’s every bit as grand and lethal as she imagined. They discover Auburn, a village with apparent freedoms they didn’t know existed, but all is not what it seems. Can she protect the people of Auburn from the iron-fisted rule of Lady Hoot? She’ll need to rely on her wits, Mini’s speed, and a hell of a lot of engineering skills to try and save the people of Auburn.

3. At Athena's Gates
Centuries ago, humanity crawled inside its bunkers and vowed never to come out. The air was too toxic, they said. The earth, too dangerous. But not everyone agreed . . . The Auburn Revolution is fully underway. The odds look hopeless: a bunch of farmers against an army. But the Knights, secure in their honor and their armor, lay siege to the ominous bunker that has held Auburn in its grip for so long. Joining them is the mysterious figure known as the Prophet and the Western Railroad Company, which has always had a keen eye on this particular patch of turf. However, this is no mere bunker, and its terrible commandant is a ghost who reaches out from the Knights past to strangle them. Will honor prevail?