LaPulga10
eBook Moderator
Jun 6th, 2021, 6:35 pm
#8674919 by LaPulga10
The Chronicles of Solace Series by Roger MacBride Allen (#1-2)
Requirements: .ePUB/.MOBI reader, 2 MB
Overview: Roger MacBride Allen is a US science fiction author of the Corellian Trilogy, consisting of Ambush at Corellia, Assault at Selonia, and Showdown at Centerpoint. He was born on September 26, 1957 in Bridgeport, Connecticut. He grew up in Washington D.C. and graduated from Boston University in 1979. The author of a dozen science-fiction novels, he lived in Washington D.C., for many years. In July 1994, he married Eleanre Fox, a member of the U.S. Foreign Service. Her current assignment takes them to Brasilia, Brazil, where they lived from 2007 to 2009.
Genre: Fiction > Sci-Fi/Fantasy 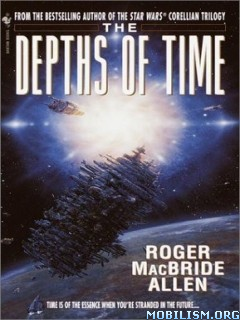 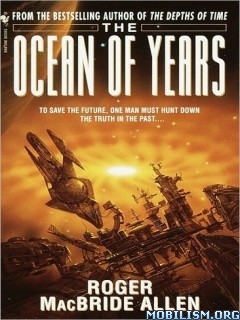 1. The Depths of Time - Time is of the essence when you're stranded in the future....
Humanity is running out of time.
The settled universe is filled with terraformed worlds linked by timeshafts -- temporal wormholes in deep space. These timeshafts are the only way to travel the vast distances between the stars. The Chronologic Patrol is charged with guarding the timeshaft wormholes and preventing time paradoxes at all costs. But one critical mission ends in disaster, turning Anton Koffield, captain of the "Upholder, " into a dark legend....
As ships carrying relief supplies to a crippled planet approach a timeshaft, they are mercilessly set upon by mysterious attackers -- their crews are murdered and the sanctity of time itself is at risk. In response, Koffield is forced to do the unthinkable: he must stop the invasion by destroying the timeshaft. Marooned eighty years in the future, he lives as a cursed figure, the villain who killed a world.
And his odyssey through time has only just begun....

2. The Ocean of Years - In the second novel of the Allen's trilogy, the fate of all the colonized worlds is threatened. Only Oskar DeSilvo, a man thought dead, can stop the collapse. But first he must be found, and only the man who knows him best, his nemesis Anton Koffield, has a chance of tracking him down.