loya
eBook Moderator
Feb 6th, 2018, 1:41 pm
#5233607 by loya
Evan Buckley Thrillers by James Harper (#3-7,9-11)
Requirements: ePUB Reader, 434 KB | 3.5 MB
Overview: James Harper is the author of the Evan Buckley thrillers series featuring wise-cracking, street-smart private-eye Evan Buckley which includes Bad To The Bones, Kentucky Vice, Sins Of The Father, No Rest For The Wicked and Resurrection Blues as well as the subscriber-only exclusive Fallen Angel. He is also the author of the psychological thriller Bad Call. He currently lives in a 400 year old cottage in the woods with his wife and their cat, a big bad hunter called Armstrong, who features in some of James’ novels.
Genre: Mystery & Thriller 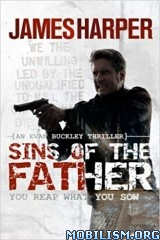 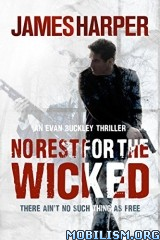 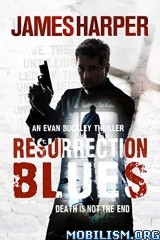 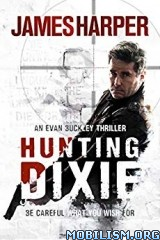 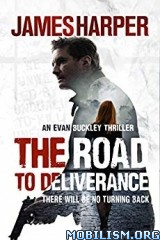 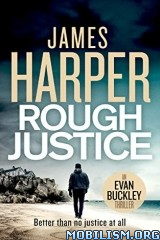 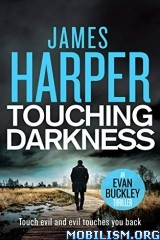 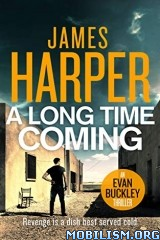 3. Sins Of The Father
Fifty years ago, Frank Hanna made a mistake. He’s never forgiven himself. Nor has anybody else for that matter. Now the time has come to atone for his sins, and he hires maverick PI Evan Buckley to peel back fifty years of lies and deceit to uncover the tragic story hidden underneath. Trouble is, not everybody likes a happy ending and some very nasty people are out to make sure he doesn’t succeed.

4. No Rest For The Wicked
When an armed gang on the run from a botched robbery that left a man dead invade an exclusive luxury hotel buried in the mountains of upstate New York, maverick P.I. Evan Buckley has got his work cut out. He just won a trip for two and was hoping for a well-earned rest. But when the gang takes Evan’s partner Gina hostage along with the other guests and their spirited seven-year-old daughter, he can forget any kind of rest.

5. Resurrection Blues
After Levi Stone shows private-eye Evan Buckley a picture of his wife Lauren in the arms of another man, Evan quickly finds himself caught up in Lauren’s shadowy past. The things he unearths force Levi to face the bitter truth—that he never knew his wife at all—or any of the dark secrets that surround her mother’s death and the disappearance of her father, and soon Evan’s caught in the middle of a lethal vendetta.

6. Hunting Dixie
Haunted by the unsolved disappearance of his wife Sarah, PI Evan Buckley loses himself in other people’s problems. But when Sarah’s scheming and treacherous friend Carly shows up promising new information, the past and present collide violently for Evan. He knows he can’t trust her, but he hasn’t got a choice when she confesses what she’s done, leaving Sarah prey to a vicious gang with Old Testament ideas about crime and punishment.

7. The Road To Deliverance
PI Evan Buckley’s wife Sarah went to work one day and didn’t come home. He’s been looking for her ever since. This is her story. As Evan digs deeper into the death of a man killed by the side of the road, the last known person to see Sarah alive, he unearths a dark secret in her past that only drove her further down the road to hell in a desperate attempt to make amends for the guilt she can never leave behind.

9. Rough Justice
WHEN Gene Rivers’ breakfast is rudely interrupted in order to identify the body of a murdered woman he last saw twenty years ago, he knows the past has finally caught up with him, that he will soon pay the price for the mistakes he made back them.

Unsure whether the killing marks the close of unsettled business or the start of a new chapter, lifting the lid on old grievances and buried injustices that have festered for half a lifetime, he employs PI Evan Buckley to investigate. In a small town on the Maine coast, Evan unearths a series of brutal unsolved murders, and the more he digs, the more the evidence points to a far worse crime hidden beneath forty years of lies and deceit.

Meanwhile Evan’s own past refuses to lie still as, unknown to him, Detective Kate Guillory scratches an itch with unforeseen and disastrous consequences, increasing the burden weighing on his conscience as he faces an impossible dilemma – disclose the terrible secrets he’s uncovered or assume the role of hanging judge and dispense a rough justice of his own.

10. Touching Darkness
WHEN a man mistakenly killed in his place leaves a cryptic message from beyond the grave, PI Evan Buckley sets off on an ill-fated road trip through the southern states in a vain attempt to banish the ghosts that haunt him, to clear his mind and shore up his resolve before confronting the hardship that awaits him.

Everything changes when he stops for a young girl huddled at the side of the road on a deserted stretch of highway. It’s clear she’s running away from someone or something—however vehemently she denies it. At times angry and hostile, at others scared and vulnerable, he’s almost relieved when she runs out on him in the middle of the night. Except he has a nasty premonition that he hasn’t heard the last of her. Nor does it take long before he’s proved horribly right, the consequences dire for himself and Detective Kate Guillory.

Meanwhile the dogs of his past continue to snap at his heels as his mentor Elwood Crow’s son Caleb pursues an agenda of his own, forging an unholy alliance with the spiritual and moral blight that is Avery Pentecost, calling into question where his allegiances truly lie. As if Evan needed reminding, touch evil and evil touches you back in ways you won’t easily forget.

11. A Long Time Coming
It's a fine line between the road to redemption and the highway to hell.

They told him his wife hanged herself in a mental asylum. Now a different woman is in her grave and PI Evan Buckley has a stolen psychiatric report in his hand and a tormented scream in his head. Someone is lying to him.

Detective Kate Guillory knows more than she’s saying. She’s convinced it’s a deadly trap set by Evan’s nemesis, Newcomb, the man who told him his wife was dead. Despite the risks, Evan can’t walk away and leave the questions that haunt him unanswered – not if he wants to keep his sanity intact.

With his morale worn thin and all of their futures at risk, he joins forces with a disgraced ex-CIA agent on a journey to confront the past. It’s a dangerous and difficult quest that leads him to the jungles of Central America and the aftermath of a forgotten war, where memories are long and grievances still raw.

And when a chilling crime left undisturbed for more than thirty years is unearthed, it’s Evan’s own conscience that’s on the line. Will he sacrifice a part of his own humanity in the hope that all their pasts can finally be laid to rest?