LaPulga10
eBook Moderator
Jan 5th, 2020, 9:00 pm
#7142590 by LaPulga10
Jed Walker Series by James Phelan (Books 1-3)
Requirements: .ePUB reader, 6.2 Mb
Overview: James Phelan was born on the 21st of May, 1979, in Melbourne, Australia. His creative spirit was nurtured from a young age, and he credits his overactive imagination to being exposed to authors such as Roald Dahl and Paul Jennings, as well as such works as The Hobbit, Treasure Island, The Jungle Book, Tales of the Punjab, Siddhartha, and The Little Prince.
Genre: Fiction > Thriller 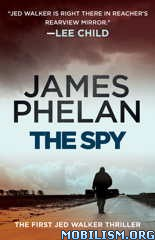 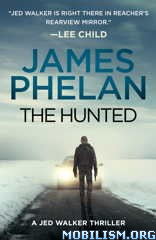 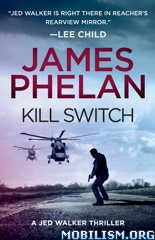 Book 1 - The Spy
A sinister group - code-named Zodiac - has launched devastating global attacks. Twelve targets across the world, twelve code-named missions.
Operating distinct sleeper cells, they are the ultimate terrorist organisation, watching and waiting for a precise attack to activate the next group. It is a frightening and deadly efficient way to stay one step ahead. And cause the most chaos.
For ex-CIA operative Jed Walker, chaos is his profession. On the outer, burned by his former agency, he is determined to clear his name. Stopping Zodiac is the only way. Desperate to catch the killers and find the mastermind, he can't afford to lose the next lead, but that means that sometimes the terrorists have to win.
Ultimately, it all comes down to Walker: he's the only one who can break the chain and put the group to sleep . . . permanently. It's exactly eighty-one hours until deadline.

Book 2 - The Hunted
In 2011, Seal Team Six killed Osama Bin Laden. Now, four years later, someone is eliminating Team Six - one by one they are turning up dead.
Jed Walker, ex-CIA, is an outsider back in the game. He's been chasing down a sinister group code-named Zodiac that the big guns - MI5, CIA, the Pentagon - have failed to eradicate. But as Walker follows the trail of bodies, uncovering secrets and making connections he's not supposed to make, he finds the answers are closer to home than he ever imagined.
Revenge is the obvious motive, but nothing is ever that simple in love or in war.
Can Walker find who's responsible before the body count grows higher?
Can he stop another terror attack before more innocent bystanders suffer?
When the line between the good and the bad become blurred, when the hunters become the hunted, only one man can save us all.

Book 3 - Kill Switch
A deadly countdown has begun...
The world is under devastating cyber attack. A secretive terror outfit, known as Zodiac, are preparing to unleash chaos. The options for Zodiac's data hackers are endless.
From massive data breaches, take-downs of critical infrastructure and commandeering military hardware, nothing networked is safe. Knowing where they will strike is half the battle. The only thing certain is their intent to create a devastating global catastrophe.
The US President has the power to enact the Internet Freedom Act - the "Kill Switch". Turning off the Net will stop the attacks. But it's not that simple. The US will plummet into pandemonium if electronic communications cease. The rest of the world will follow.
One man, ex-CIA operative Jed Walker, has 36 hours to stop the terrorists. But for Jed, Zodiac isn't the only thing he has to worry about. To protect the future he must reconnect with a woman from his past. No matter which way he turns, he has tough choices to make. Not everyone will get out alive. For Walker, the countdown starts now...