loya
eBook Moderator
May 8th, 2020, 9:45 am
#7498013 by loya
John Milton series by Mark Dawson (#16-18)
Requirements: .ePUB reader, 579 KB | 705 KB | 605 ـKB or 1.8 MB
Overview: Mark Dawson was born in Lowestoft and grew up in Manchester and Chicago. He has worked as a lawyer and currently works in the London film industry. The John Milton series features a disgruntled special agent who aims to help people to make amends for the terrible things that he has done. Mark, as a child of the 80s, will freely admit that he watched a lot of The Equalizer in his youth. Mark lives in Wiltshire with his family.
Genre: Fiction > Mystery/Thriller 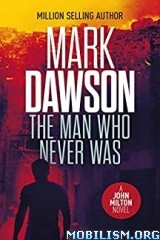 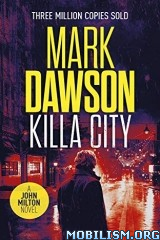 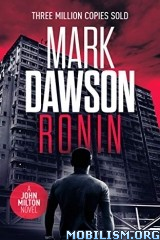 John Milton is used to operating in the shadows, weaving his way through dangerous places behind a fake identity. Now, to avenge the death of a close friend, he must wear his mask of deception once more.

Beau Baxter was brutally murdered by a drugs cartel but that doesn’t stop Milton from blaming himself for his friend’s death. With the help of a trusted team of undercover experts and Beau’s son, Milton is determined to track down the killers. And he isn't just after the man who gave the order. He’s heading right for the top.

Milton plans to follow the trail of cocaine from the nightclubs of Amsterdam all the way to its source in Colombia. Disguised as an ambitious buyer, he’s prepared to work his way up the cartel hierarchy one rung at a time. But the ladder can be slippery and, as Milton travels deeper into a world of violence, ruthlessness and greed, he finds himself in a jungle that could prove impossible to escape.

17. Killa City
A storm is brewing in the heartlands of America and John Milton senses something in the air…

John Milton has a nose for trouble. He can smell it a mile away. And when he witnesses a suspicious altercation between a young man and two thugs in a car auction parking lot, he can’t resist getting involved.

Milton came to Kansas City hoping to find a way out of danger. His recent vendetta against a cartel hitman who killed his friend has made him enemies in high places. Now he needs to find the only man who can get him out of this mess. But, like a moth to a flame, Milton is drawn to anyone who needs his help. And this time, he’s also drawing the attention of money laundering criminals who really mean business.

Driven by a desire to atone for the darkness in his past, Milton is a man on a mission. But, in a city of undercover crime and corruption, what does that mean for his future? With danger all around him, will Milton’s burning conscience finally be the death of him?

18. Ronin
John Milton has a violent past. He doesn't go looking for trouble, but trouble is always looking for him.

For years Milton has travelled the world as John Smith, making friends and enemies in equal measure. Now his ex-employer, the covert agency Group Fifteen, is on his tail. It's time to find a new identity.

In his quest to stay off-grid, Milton heads to a friend who owes him a favour in Bali. But a chance encounter with the beautiful and enigmatic Sakura Nishimoto brings him even more unwanted attention. He’s barely off the plane before he’s being pursued by the police. And worse, he’s on the radar of the Japanese yakuza.

The gangsters mean business, and in their case business involves kidnap, blackmail and murder.

Can Milton help Sakura without sacrificing himself? Or has he finally run out of places to hide?