For the more serious stuff
StygianIron
Oct 29th, 2020, 7:11 am
#8018695 by StygianIron
2 MM Shorts by Kevin H. Woodward
Requirements: ePUB Reader 289kb
Overview: Kevin Woodward is a gay man living deep in the heart of the Bible belt. If only his neighbors knew what he writes in his free time. 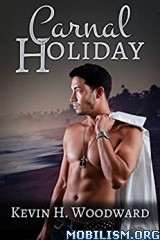 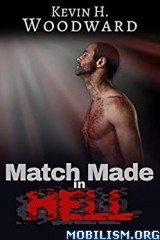 Carnal Holiday: Living in a small town, Fletcher had never felt totally comfortable being open about his desires. In his heart of hearts, he always had secretly longed to be like the men he saw on television... Fierce, independent, brave. But he could never bring himself to act on those impulses.
So when he heard of a special package deal for a destination getaway marketed directly at adventurous gay singles looking for a thrilling weekend, he just couldn't resist. After all, they promised complete anonymity... He had no idea that a fun-filled romp would quickly turn dark as he finds himself along with an aggressive stranger on the beach.
Will anyone come along to help Fletcher? Or will he find himself ravaged by the handsome stranger...

Match Made in Hell: It was supposed to be the best day of Jules's life... And then he got kidnapped. Locked in cuffs, blindfolded, and gagged, he soon finds himself claimed by a mysterious organization and whisked away to an unknown destination.
Will he ever see his fiancé again? Or is he doomed to spend the rest of his life as a slave, at the mercy of a master he has never met?


Trouble downloading? Read This.
Oct 29th, 2020, 7:11 am
★Kindly Include the thread url when requesting for re-up or I won't. Just press "pm" below the topic with dead links. No need to edit anything and it's all set.★