For the more serious stuff
StygianIron
Oct 29th, 2020, 10:17 am
#8019108 by StygianIron
Chained Male by Henri Couesnon
Requirements: ePUB Reader 181 KB
Overview: Two college roommates think they're quite daring when they begin to experiment with sex together. But they learn the real meaning of depravity after one of them becomes involved with a rough biker. Shane and Jason seem to be ideally suited to each other. They both come from privileged backgrounds. They're handsome, athletic, and popular, and they excel at their academic studies. It's almost inevitable that they room together at college, and that they start to fool around with each other. But then Shane meets and becomes attracted to local bad boy Diego, who introduces Shane to an entirely different world. Under Diego's disciplined and often harsh tutelage, Shane learns that submission and pain can be perversely pleasurable. Before Shane knows it, he finds himself in over his head. He becomes Diego's willing sex slave. And he finds out, the hard way, that Diego's motorcycle gang calls itself The Raw Riders for good reason. Is Shane's relationship with Jason doomed? Or can he somehow continue to enjoy a "friendship with benefits" with his roommate, without having to give up the unbridled lust he has found with his biker master?
Genre: Romance MM Erotic 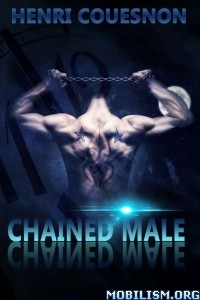 
Trouble downloading? Read This.
Oct 29th, 2020, 10:17 am
★Kindly Include the thread url when requesting for re-up or I won't. Just press "pm" below the topic with dead links. No need to edit anything and it's all set.★
Online