Weelee
eBook Moderator
Feb 15th, 2013, 1:03 pm
#1294890 by Weelee
Kontra's Menagerie series by Charlie Richards (Books 1-16 & 24, 27, 29 )
Requirements: ePUB / MOBI reader 5.3 MB | 439 kB
Overview: On the Road: They say what you’re missing is always found in the last place you look. Sometimes, you find it when you’re not looking at all.
Riding from coast to coast, searching for mates and helping other shifters while staying one step ahead of those that would do them harm - Kontra's Menagerie
Genre: Paranormal Romance MM 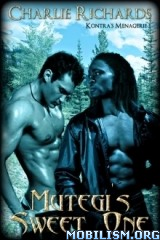 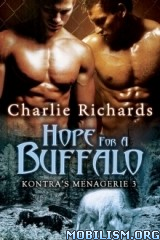 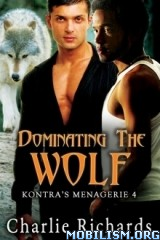 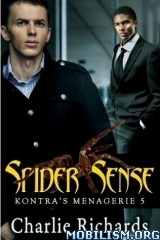 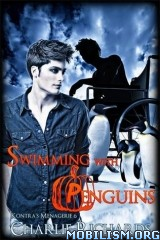 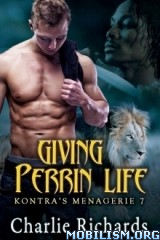 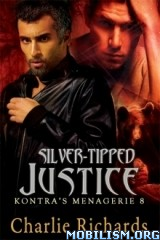 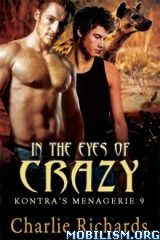 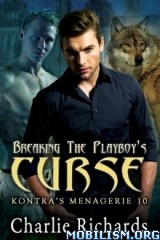 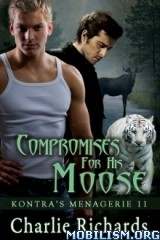 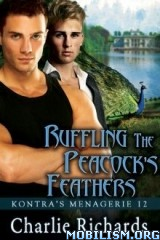 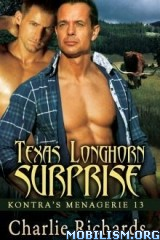 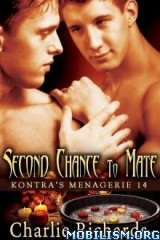 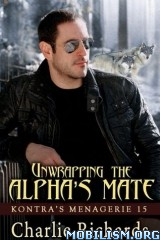 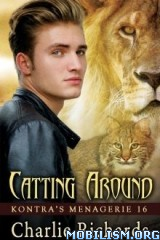 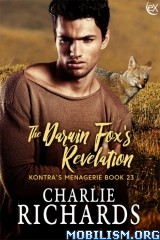 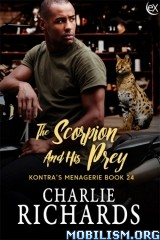 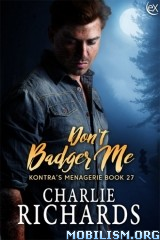 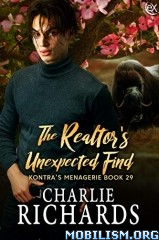 Mutegi's Sweet One #1: Mutegi Atieno is shocked to discover the man stranded on the side of the road in a broken down truck is his mate. When his first assumption is proved incorrect and he learns the woman and baby with Ben Moore are not his wife and daughter, Mutegi realizes he actually has a shot at claiming the human. But first Mutegi and his friends need to save the trio from Ben’s sister’s sadistic ex-husband.

Catlin's Appoloosa #2: Detective Catlin Hill doesn't understand the instant, possessive attraction he feels for the slender John Doe in the hospital bed. But the minute those scared baby blues meet his, Catlin lets his protective instincts rule him. The guy has amnesia, and it’s only from a conditioned response that Catlin confirms his name is Gallo Ricci. After passing the case to a fellow detective, he takes the victim home with him and gives in to lust.

Hope For a Buffalo #3: The haunting eyes in the picture capture Caleb Belikov’s attention, and he knows he has to confirm whether the white buffalo is really just an animal, or a shifter trapped at a zoo near Albuquerque. Caleb talks his alpha and a few friends into accompanying him and discovers not only is the buffalo a shifter, but he’s his mate.

Dominating The Wolf #4: When Eli escorts an injured shifter to Stone Ridge territory for medical treatment, he arrives in town suffering from motion sickness. The last thing he wants is to meet his mate while praying to the procelain god, but that's exactly what happens. To make matters worse, being ill messes up Eli's senses and he doesn't recognize the cute sub as his mate right away, sending the other man running.

Spider Sense #5: Haben Bello heads for Kansas to help his old friend, Wes. The human attorney deals with child custody in shifter-human cases, protecting shifter secrets. Wes needs help uncovering the true motives behind a young boy’s mother who suddenly wants custody after she’d given up all rights to him twelve years before. When Haben meets the boy’s human foster father, Lou Reynolds, he realizes the man is his mate.

Swimming With Penguins #6: Yuma Batacan didn't mean to reveal that he was a penguin shifter to the human, Hunter Driscoll. But between the pain caused by a gunshot wound, the disorientation of waking in a strange place, and the thrilling scent that told him the human was his mate, Yuma couldn't find it in him to stop the change.

Giving Perrin Life #7: It’s taken over a week for Terence Williams to heal from defending his friends against an alpha lion shifter. Although he’d lost the fight, badly, Terence was saved by his mate. Unfortunately, Terence’s mate didn’t stick around to enjoy the victory, and Terence wants to know why.

Silver Tipped Justice #8: Kontra Belikov has been searching for his mate, Tim Laurent, for nearly sixty years, ever since he missed his chance by giving the just-of-age teen time to experience life. While heading back to his gang, he’s surprised, but grateful, to discover Tim in a small town.

In the Eyes Of Crazy #9: Payson thought he’d found his mate once, but had been wrong. With his senses screwed up by scientist’s experiments, he no longer trusts them. He sleeps with any nice smelling, willing male—and some females—hoping his hyena will want to keep one of them.

Breaking the Playboy's Curse #10: Vail Tamang is a playboy. He’s never claimed to be anything else. What he does claim is that he doesn’t want a mate. The truth is a little more sinister. When he scents Draven Mansetti, Tim’s half-vampire, half-warlock mentor, he realizes his worst fear has come true. Draven is his mate. Vail tries to avoid the man, but Draven manages to track him down anyway. He’s left with no choice and shares a family secret. His family line is cursed. Can Draven convince Vail that some curses can be broken? Or will Vail walk away before giving them a chance?

Compromises For His Moose #11: When Adam Kingston decides to enjoy a cat nap in tiger form, he never thought he’d be woken by the cries of young moose shifters, nor did he expect to need to save them from a douchy wolf shifter and his buddies. The day takes a turn for the better when he’s pleasantly surprised to discover the moose’s brother, Noah Oleander, is his mate.

Ruffling the Peacocks Feathers #12: Rueben Malone travels to a small town in Oregon, searching for his missing brother, Ricky. Since the police don’t have any leads, he thinks it’ll be difficult. Instead, Rueben finds Ricky holed up in the same motel as him, held by a group of men hiding…something. Rueben knows his brother has crazy conspiracy ideas and wants nothing to do with them. Once he’s confirmed that Ricky’s life isn’t threatened, he decides his trip shouldn’t be wasted, and seduces the sexy, slender blond, Lamar Jaworski.

Texas Longhorn Surprise #13: When Ryan Carpenter realizes the scientists he works for are torturing sentient beings, he feels the need for penance in the form of helping the shifters free their comrades. To that end, Ryan heads to Oregon to offer aide in shutting down one of the scientist’s training facilities and freeing any captive shifters. He’s unprepared for one of the men, Sam Abbott, a Texas longhorn bull shifter, to express an attraction to him. Unfortunately, Ryan has secrets of his own, and knows if he becomes involved with Sam, a shifter, his own transgressions against Sam’s kind would eventually come out, destroying anything they might have built. Walking away—especially for the good of everyone—should be easy, right?

Second Chance to Mate #14: Aaric Tamang lost his chance at bonding with his mate almost seventy years ago. Because his family line had been under a curse, he’d walked away from the woman Fate chose for him rather than put her in danger. Now, decades later, the curse has been broken, but since his mate had been human, meeting up with her was impossible. Then why does the scent of a male wolf shifter catch his attention like no man ever has before? Crain Ponders claims they’re mates, but that can’t be right, can it?

Unwrapping the Alpha's Mate #15 On the Road: Sometimes family makes decisions for you…and you just have to roll with the punches.
Richard Ponders joins the Tamang wolf pack when his younger brother, Crain, mates with one of its members. When the pack gathers to celebrate passing the alpha mantle from father to son, naming Abbott Tamang as alpha, Richard discovers his mate is part of the Tamang pack, too … and it’s the new alpha.

Catting Around #16: As an orphan, Chip had never really had a home or even much to call his own. After being adopted, he'd hoped he'd found acceptance. Unfortunately, a year later, he shifted into his bobcat for the first time and his new parents had thought him possessed. Forced to run, Chip lived mostly as an animal for decades. Having grown up alone in foster care, it hadn't been much different and he hadn't thought it too bad...until the day he'd been captured and tortured by scientists. Rescued by Kontra and his gang, Chip finally sees the light at the end of the long, lonely tunnel of his life. Scarred, malnourished, and suffering from panic attacks, Chip struggles to get his body and mind back under control. When the gang visits a pride of lion shifters, Chip meets Grimes, who claims they are mates. Can he manage to get past his hang-ups and grab on the happiness Grimes offers him.

The Darwin Fox's Revelation #23: On the Road: After being rescued from kidnappers, a young man must learn to free his mind in order to embrace his future.
Deter McNellis never thought he’d be a victim—living through kidnapping, rape, and the threat of being sold as a sex slave. Getting rescued is only the beginning of healing. He’s forced to relive the experience over and over in his dreams and when he has to share it with the authorities. To Deter’s shock, he finds himself attracted to one of the deputies helping with the investigation—Marrakesh Anderson. The deputy invites him to call him Mac and gives off signals that he’s interested in Deter, too. Deter finds Mac’s clumsy attempts at wooing sort of sweet, and he struggles to overcome his fears so he can spend time with the handsome man. The appearance of the kidnapper’s buyers makes Deter worry he’ll never feel safe. To top it off, Deter discovers Mac is hiding something…something life altering. Can Deter gather enough courage to open himself to a future so full of change, or will his fears send him running?

The Scorpion and his Prey #24: On the Road: When a family oriented cat shifter is pursued by a loner, he must decide which concessions are acceptable.
Rusty Peruke works as a mechanic and is close with his family. His wheelchair bound brother, Korvyn, lives with him, and he sends extra cash home to his parents on a regular basis. When he meets Acheron while the man is at the shop buying a set of fast wheels, Rusty is both excited and concerned—and it’s not because he’s never been with a guy. Acheron is a loner scorpion shifter who hasn’t stayed in one place since he left his family home over eight decades before. Rusty has no intention of running out on his family. To him, their needs come first. Can two polar opposites find enough common ground to build a future? Or will assumptions and miscommunications create a wall between them that’s impossible to scale? 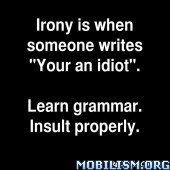 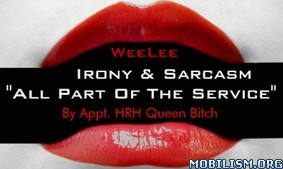 
Many thanks to the lovely Mell