Study of the past

citizen4
Major eBook Releaser
Jan 21st, 2020, 11:29 pm
#7187154 by citizen4
The Romanovs: Russia's Imperial Dynasty by Simon Sebag Montefiore
Requirements: .ePUB reader, 21 Mb
Overview: The Romanovs ruled Russia as tsars and emperors for three hundred years. Through ruthless force of personality, this family of flawed but brilliant autocrats transformed a weak realm ruined by civil war into a supreme empire that dominated Europe. Peter the Great, the murderous drunken tyrant, physical giant and political reformer, and Catherine the Great, the passionate German princess who overthrew her own husband to become the outstanding stateswoman of a golden age, were Russia's two greatest rulers. Elizaveta, who was as promiscuous as she was glamorous, continued Russia's rise as a European power. The feckless, unbalanced Peter III and Paul I were both murdered in a system described as tyranny tempered by assassination. Nicholas I censored Pushkin, made himself Gendarme of Europe and fought the Crimean War with Britain. Ultimately, Nicholas II and Alexandra, despite their happy marriage and the tragedy of their haemophiliac son, proved too inept, cruel and deluded to save Russia from the Great War and revolution. This is the story of how Russia became the country we know today. Simon Sebag Montefiore shows that the rule of autocrats and their tiny court cliques have always dominated Russia's history, from the first Romanov tsar in 1613 through the magnificence of Peter and Catherine and the bungling decline of Nicholas II, to the Red Tsars of Lenin and Stalin in the twentieth century and the authoritarian presidency of Putin in the twenty-first. A gripping narrative of pitiless intrigue and court conspiracy, THE ROMANOVS is a study of personality, policy and power.
Genre: Non-Fiction > History 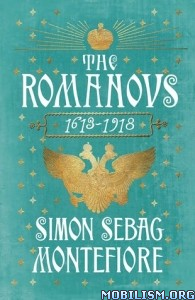