Have fun, win prizes, participate in our contests! 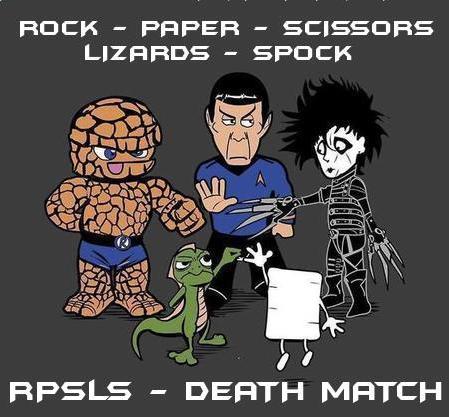 CHAMPION
We started with 32 players, and we now have only ONE

The big question is, who is it?
HERE ARE THE RESULTS FOR THE CHAMPIONSHIP MATCH
Winner is in red
eradicator2 vs. FreezeMe - Paper covers Rock 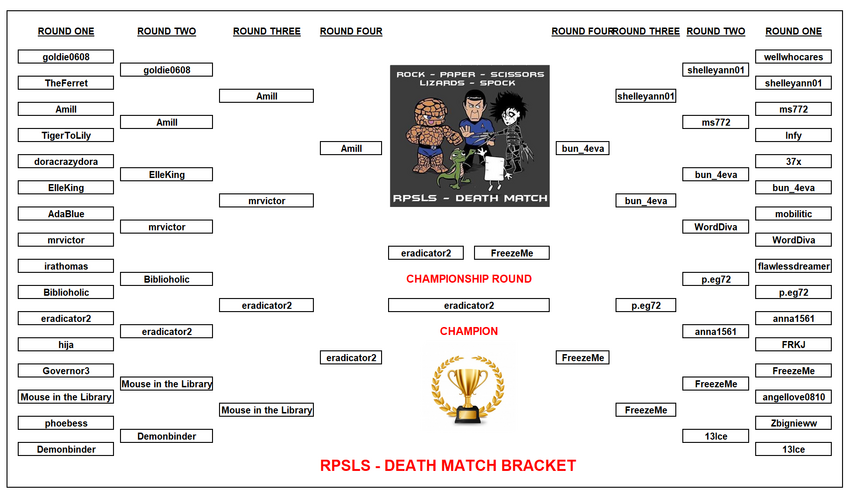 Meet your new "friends"...
Rock = The Thing
Paper = Mattcoat
Scissors = Edward
Lizard = Larry
Spock = Himself
They like to play a silly little game, and they are VERY COMPETITIVE
Now you too can join in the "fun"

What is it?
How do you Play?

So who will be the last person standing, and survive the RPSLS - DEATH MATCH
Sign up now, and maybe you will be the one