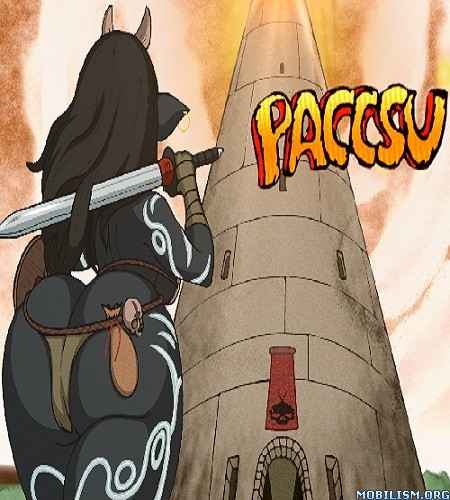 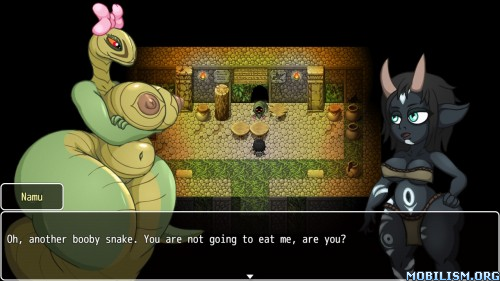 Paccsu - is a LEWD RPG game set in a fantasy world called Paccsu. You take control of a Muh'kean girl called Namu, who was taken away from her birth parents at a young age to be a part of a holy ritual in Muh'kea'sdesperate attempt to fight The Undying King, the King of Zombies. She was taken to Kingdom of Ruo'ho by a human refugee couple to live by the shadow of the mystical Tukeva Tower, where she would live her life, train and grow strong. 18 years later, Namu is ready for the adventure with the help of her adoptive parents. Namu has no idea what happened in her past or has any memory of it or what kind of power she holds inside her. Soon, Namu finds herself in the middle of a crisis that threatens the whole world. Namu's journey begins when she is sent to investigate the mines where dangerous and bootylicious snakes from the Clan Tiss'i have been attacking the innocent human workers. It's Namu's job to save the world."​

What's New:
After Namu and her friends completed the trials in the Temple of Shadows, the hunt for the other key artifacts continue, as Shaaden sents Namu to explore the remains of an old mansion. Only a small cottage remains on top of the remains, but what they find inside is something they never expected. It's an adventure filled with mystery, tragedy... Human and animal experiments... Human sacrifice... Also puzzles!

This mission continues the story! This mission is available from Shaaden, after you have finished the Temple of Shadows.

MOD Features:
Ported to Android
its a ported pc games, which might not compatible for some devices..
the key and therefore opening the game menu is emulated with tapping with 2 fingers on the screen.
you can also toggle the textbox/choice list with a two-finger-tap.