The Day Of The New Gods by Luke Walker (.ePUB)

Zbignieww
Apr 18th, 2021, 9:30 am
#8534810 by Zbignieww
The Day Of The New Gods by Luke Walker
Requirements: .ePUB reader, 341 KB
Overview: Fleeing from a successful bank robbery, Brian Jackson has an iron-clad plan: get his twelve-year-old daughter and escape Britain for the good life in Spain with the rest of his crew. All he has to do is avoid the police and the gangsters who want the twenty-five grand he's stolen. Or so he thinks.

Three hideous gods have broken through from outside the universe, each insane deity crawling through the void with the sole intent of turning Earth into their own playground of Hell. Now, all that stands between Brian losing his little girl to the gods are the few bullets in his gun and the fellow criminals who've got his back. Brian's one shot at saving humanity from being consumed means racing into the burning heart of a country that's tearing itself apart. There, he will wage war upon the gods while they release their final horrific assault on the world.

Bad men are going against bad gods. It's going to be a bad day.
Genre: Fiction > Sci-Fi/Fantasy > Horror 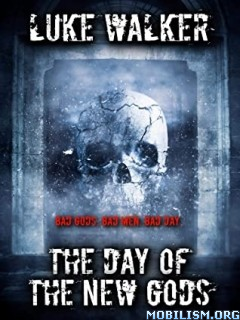