polkapatti
Major eBook Releaser
Aug 1st, 2018, 3:55 pm
#5702062 by polkapatti
The Zero Enigma Series (2, 4 & 7) by Christopher G. Nuttall
Requirements: .ePUB, .MOBI/.AZW reader, 3.4MB
Overview: Christopher Nuttall has been planning sci-fi books since he learned to read. Born and raised in Edinburgh, Chris created an alternate history website and eventually graduated to writing full-sized novels. Studying history independently allowed him to develop worlds that hung together and provided a base for storytelling. After graduating from university, Chris started writing full-time. As an indie author, he has published fifty novels and one novella (so far) through Amazon Kindle Direct Publishing.
Genre: Fiction > Sci-Fi/Fantasy 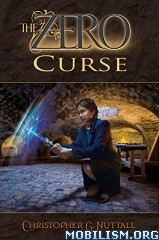 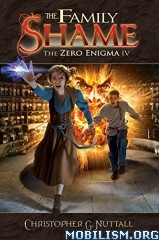 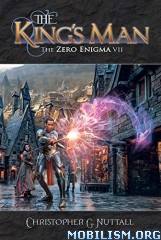 #2 - The Zero Curse
Caitlyn Aguirre is no magician ...

... But that doesn't make her useless.

After discovering her true talent and uncovering the long-lost secret behind Objects of Power, Cat returns to school - intent on showing everyone what she can do. But her mere existence is a threat to the balance of power, convincing some to befriend her, some to try to use her ... and some to remove her.

And when she and her closest friends become the target of a deadly plot, she must use all her wits to save them and escape before she becomes the first casualty in a deadly war.

#4 - The Family Shame
Disgraced, abandoned by her friends and shunned by her family, Isabella is sent into exile with scant hope of returning to her former home. Her destination, Kirkhaven Hall; a stone mansion miles from civilisation, inhabited only by a pair of older exiles. Existence as she knew it is over.

But as she tries to settle into Kirkhaven Hall, and a life far from the one she enjoyed before her fall from grace, she discovers that the hall has secrets. Intruders on the grounds, ghostly shadows moving at night ...

... and a plot that may destroy everything she once held dear.

#7 - The King's Man
The City of Shallot is on the verge of revolution. The Great Houses are mustering their forces, readying themselves for a shift in the balance of power. The poor have found a new leader and are - finally - demanding their rights. Shadowy figures and old ghosts are prowling the streets. It is only a matter of time before the unease and unrest explodes into violence, as the wealthy and powerful seek to secure themselves in a changing world. And dark forces are laying plans to take advantage of the chaos ...

A newly-graduated student, the son of a proudly independent merchant, Adam Mortimer is recruited into the Kingsmen and charged with helping to track down the anarchists and terrorists before they trigger an explosion. But, as he delves into the mystery, he finds himself caught between the scars of his childhood and his hopes for the future, loyalties tested as he finds himself caught between old friends and new.

And, as infernal devices begin to terrorise the city, Adam must risk everything to save the people he loves .

Download Instructions:
https://dailyuploads.net/59k2rqe11qxh
https://drop.download/birenun0o6bu
Aug 1st, 2018, 3:55 pm
Last edited by polkapatti on Sep 28th, 2020, 3:15 pm, edited 8 times in total.
PLEASE INCLUDE THE TITLE OF THE BOOK IN THE SUBJECT LINE WHEN SENDING A PM AS WELL AS THE MOBI LINK TO THE BOOK