Speculative fiction, alternative worlds, futuristic, supernatural, horror
NightQueen
VIP
Nov 22nd, 2020, 2:53 am
#8090189 by NightQueen
Rising of a Mage Trilogy by J. M. Fosberg (#1-3)
Requirements: .ePUB reader , 1.3 MB
Overview: J.M. Fosberg was born in Springfield, Missouri in 1987. He grew up in Belton, Mo, and bounced around the Kansas City area throughout high school. His dad gave him a copy of The Hobbit when he was nine and he's been losing himself in books ever since. In 2005 he joined the Marine Corps, and started writing his first book Rising of a Mage in 2007 on his second deployment to Iraq. He has an amazing wife named Sara, and three children, daughter Mariah, and sons Logan and Dominic. He has two dogs and three fish tanks.
Genre: Fiction » Sci-Fi/Fantasy 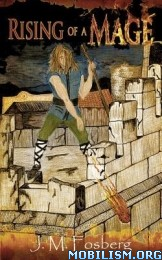 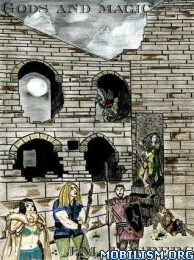 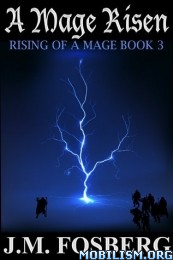 Rising of a Mage, Book 1
When farm boy Anwar discovers he has the ability to use magic, he goes to the Wizards' Guild for help. As apprentice to Master Gabriel, he soon surpasses his teacher's skills and knowledge and becomes a formidable member of the City Guard. While studying the magic arts, he meets Mariah, apprenticed in the art of healing. Anwar discovers that the girl he has fallen in love with will fight by his side with sword, knife, and bow. After the senseless slaughter of his family, Anwar vows to hunt the evil in the world and protect those who cannot protect themselves. Anwar, Mariah, and his best friend Jabaal take off in search of knowledge and adventure. It doesn't take long for them to find it.

Gods and Magic, Book 2
Miskrull was a creature of legend. Every dwarf had heard the stories about how he had nearly eradicated thier race on more than one occasion. Now, he had already destroyed one of their kingdoms and was coming for Evermount. Their only hope was Grizzle. With his newly acquired hammer, blessed by the dwarf god, Bordin, and his friends, who each was sent by the gods of men to help protect against the minion of chaos.
How much help will the mage, Anwar, be without submitting to the will of one of the gods of magic? How far will he be willing to go, when the life of the one he loves hangs in the balance? Will he sacrifice his beliefs? His very soul?
Anwar will need the help of all his friends, new and old, to overcome the challenges in front of him. The fate of the world may depend upon it.

A Mage Risen book 3
In the final and emotional installment of the Rising of a Mage Trilogy, Anwar struggles to control the power within himself that was unleashed when he confronted Delvidge, the god of chaos. Will he be able to keep this overwhelming amount of power in check long enough to save his wife, whose spirit has been pulled into the waiting by a wraith? Delvidge, bent on ruining Anwar at any cost, isn’t going to make it easy for him.
Meanwhile, Jabaal and the dwarves of Evermount prepare for the impending attack against their home. Delvidge has sent the largest orc army ever gathered against the ancient dwarven kingdom, and he has recruited the help of the powerful—and ruthless—Black Dragon guild of wizards and assassins to ensure the orcs’ success.
Will Anwar be able to save his love, save his friends, and still have enough strength to save himself from becoming the very evil that he has spent his life trying to vanquish?