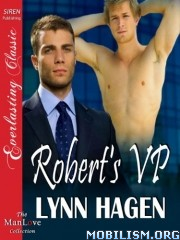 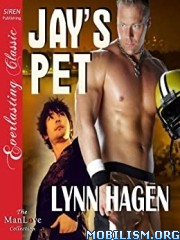 Robert's VP
Six months ago, Robert's parents died in a devastating car accident, leaving him to care for his young brother and sister. Barely scraping by, Robert does what he has to in order to provide for Jack and Emma, even skipping a few meals here and there. A new VP joins the plant where he works, and always-been-straight Robert's life is complicated when he is drawn to the man. Ethan Russell is the epitome of strength and confidence, and it seems everywhere Robert goes—and anytime he needs a strong shoulder to lean on—Ethan is there. Not even certain Ethan's attention is anything more than charity, Robert begins to struggle with his attraction to the handsome executive, who is part guardian angel and part sex god. When tragedy strikes the family, Robert realizes he needs to be with Ethan, who's away on business. Emotionally wrecked, Robert returns to his empty home. His life, his family, and his future are up the air, and Ethan may be the only chance he has for everlasting happiness.

Jay's Pet
has always been told he must have been born with the pigskin in his hand. Even though he lived for football, when he becomes injured and can no longer play, he accepts it and settles into a routine life. The only problem is Millard, a man he had been dating for six months whom he wants desperately to get away from. Millard wants him only for his money, and he proves it time and again. But the man is a snake in the grass, and he refuses to let go of the purse strings. Dillon lives an uncomplicated life. All he dreams of is meeting his soul mate, and when he's introduced to Jay, Dillon is overjoyed. It is love at first sight, but then he learns Jay is being stalked by his ex. Can Jay convince Millard to let go of his money and keep Dillon interested at the same time? When Millard guns for Dillon, Jay must step in and save the love of his life.

Trouble downloading? Read This.
Nov 28th, 2020, 10:26 pm
★Kindly Include the thread url when requesting for re-up or I won't. Just press "pm" below the topic with dead links. No need to edit anything and it's all set.★