LaPulga10
eBook Moderator
Nov 29th, 2020, 12:40 am
#8110475 by LaPulga10
Ancient Blades Trilogy by David Chandler (books 1 & 2)
Requirements: ePUB Reader, 5 MB
Overview: David Chandler was born in Pittsburgh, Pennsylvania, in 1971. He attended Penn State and received an MFA in creative writing. In his alter-ego as David Wellington, he writes critically acclaimed and popular horror novels and was one of the co-authors of the New York Times bestseller Marvel Zombies Return. Den of Thieves is his first fantasy novel, soon followed by A Thief in the Night and Honor Among Thieves.
Genre: Fiction > Sci-Fi/Fantasy 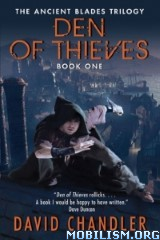 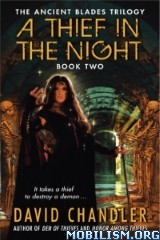 Den of Thieves (Book 1)
Born and raised in the squalid depths of the Free City of Ness, Malden became a thief by necessity. Now he must pay a fortune to join the criminal operation of Cutbill, lord of the underworld—and one does not refuse the master... and live.
The coronet of the Burgrave would fulfill Malden’s obligations, though it is guarded by hungry demons that would tear the soul from any interloper. But the desperate endeavor leads to a more terrible destiny, as Malden, an outlaw knight, and an ensorcelled lady must face the most terrifying evil in the land.

A Thief in the Night (Book 2)
Circumstance made him a criminal. Destiny may make him a hero.
As a thief, Malden is unparalleled in the Free City of Ness, and happy there. But by saving the life of the knight Croy, Malden has bound himself to an ancient, noble brotherhood... and he now possesses one of only seven Ancient Blades capable of destroying demons.
Malden fears accompanying Croy and the barbarian MÖrget on their quest to dispatch a foul creature of nightmare... nor does he want to disturb the vengeful dead. But with an assassin on his heels, the young cutpurse is left with no choice. And there is the comely sorceress, Cythera, to consider— promised to Croy but in love with Malden—not to mention the fabulous treasure rumored to be hidden in the depths of the demon’s lair...