loya
eBook Moderator
Jan 10th, 2021, 12:20 am
#8247224 by loya
Armada Wars series by R. Curtis Venture (#1-3 & 3.5)
Requirements: .ePUB reader, 1.3 MB
Overview: R. Curtis Venture was born in the United Kingdom in 1978. A graduate of Applied Biology, he has previously worked in entertainment and hospitality, business development, and intelligence analysis. His first great passion was for science fiction, both in books and on the screen, and he spent his childhood years imagining far-off places.
Genre: Fiction > Sci-Fi/Fantasy 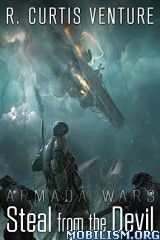 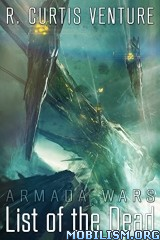 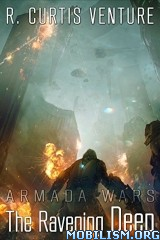 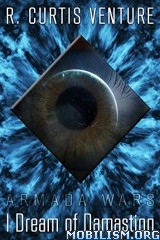 1. Steal from the Devil
All alone at the very edge of human territory, a clandestine Imperial facility has fallen silent for reasons unknown, and special operative Elm Caden has been tasked by the Empress herself to find out why. All Caden wants is a straightforward mission with a simple conclusion; what he finds is a woman whose mind is missing. As the evidence begins to point to a hostile incursion, and the Imperial Combine rallies to mobilise a retaliatory strike against a neighbouring power, Caden and his companions discover a web of intrigue which becomes steadily more disturbing. Out there, in the darkness between the bright arms of the galaxy, something subversive and malignant has set its gaze upon the many worlds of the Empire. Fill the Silence. Light the Dark.

2. List of the Dead
What began as a border struggle has now erupted into open conflict. Humanity and the Viskr are at each other's throats, and for the first time in a generation war is a credible threat to the many worlds of mankind. Operative Elm Caden already suspects the Viskr did not attack humanity first, and he is determined to root out the fugitives he believes orchestrated the hostilities. But they have fled into the barely charted Deep Shadows, and after the battle at Woe Tantalum it is clear they are allied with a previously unknown power... a power as hostile as it is mysterious. While the Imperial Navy engages the Viskr fleets, Caden and his companions -- stoic soldier Rendir Throam, and redoubtable pilot Euryce Eilentes -- have received new orders from up on high: find and kill Maber Castigon, before he can assassinate any more Imperial Shards. But with the Viskr making increasingly desperate strikes in Imperial territory, such things are easier said than done. And through the gathering chaos along the border come the rumours. Whole colonies are falling silent, great ships prowl in the darkness between the stars, and the wind whispers a warning across the many worlds: Fear the Deep.

3. The Ravening Deep
Panic grips the many worlds of the Imperial Combine. Across the Empire, dozens of colonies have already stopped responding. Mighty dreadships are sighted with alarming frequency, and chilling reports trickle back from the outer star systems every single day. The Falling has been visited upon many planets already, the rumours say. The Falling cannot be stopped. Even while struggling to understand the enemy's tactics and objectives, operative Elm Caden will do anything he can to protect Earth's territories. But it may already be too late. For across the many worlds brews an unconscious, contagious fear: something horrific watches from the Deep Shadows, and it is about to make its presence felt. Still reeling from a personal and professional loss, Caden is one of a mere handful of people who truly grasp the threat posed to humanity. Now, with his remaining allies pulling in different directions and his resources stretched to their limits, he must discover the true nature and intentions of the mysterious enemy known as Voice. If he should fail, there can be only one outcome: Worlds Will Fall.

3.5 I Dream of Damastion
Reximillian Bel-Kenita is on his way home. Snatched from the chaos unfolding on Kementhast Prime's southern continent, he has been asked by the Imperial Navy to fix a mysterious navigation issue affecting the entire armada. In return they will grant him safe passage to his family home on Damastion. But someone else has a keen interest in the workings of the prototype star cruiser Ardent — someone who will stop at nothing to possess not only the ship itself, but everyone aboard. For Rex, what should have been a working voyage is about to become a nightmare from which there may be no escape.

I Dream of Damastion is a standalone novella which takes place during the closing events of The Ravening Deep, the third Armada Wars novel, and the opening of From Shattered Stars, the fourth novel. Introducing new characters and a new ship, this novella expands the background events of The Ravening Deep by exploring two of the mysteries which arise within that volume.