iheartbooks77
Head of eBooks
Jan 16th, 2021, 1:26 pm
#8267186 by iheartbooks77
4 Novels by Karen Tuft
Requirements: .ePUB Reader, 2.1 MB
Overview: Karen Tuft was born with a healthy dose of curiosity about pretty much everything, so as a child she taught herself to read and play the piano.
Genre: Romance 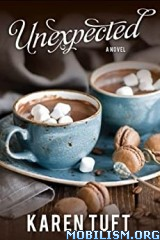 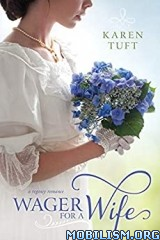 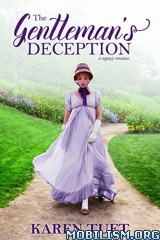 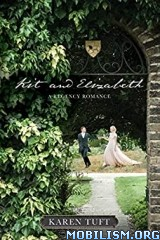 Unexpected (2013): Eleven years ago, Ross McConnell was devastated by the betrayal of the woman of his dreams. Time does not heal all wounds, and after more than a decade, Ross is no closer to finding love. When his well-meaning family attempts to play matchmaker, he concedes by creating a list detailing his perfect mate: A member of the Church. Beauty-queen looks. College educated. Never married. Perhaps he’ll give love another try, if such perfection exists . . .

Natalie Forrester is no stranger to heartache. After two failed marriages, the beautiful single mother of three is determined to make it on her own. Without a college degree, she starts at the bottom: working as a housekeeper may not be glamorous, but it’s her first exhilarating step toward independence. And Natalie’s most recent cleaning job is ideal—the guy is always out of town, and the pay will go a long way toward supporting her missionary son. Maybe luck is finally on her side. And then Ross and Natalie meet . . . and meet again. And following a series of awkward encounters, Ross is shocked by his growing attraction for this woman. Natalie couldn’t be further from his ideal woman, and she is firm in her determination to keep her heart closed to love. But as their tenuous friendship develops and deepens, will the unlikely pair have the courage to set aside the disappointments of the past to catch hold of a bright new future?

Wager for a Wife (2018): William Barlow’s life has been forever altered: his estranged father is dead, and William has inherited the title of Viscount Farleigh. Along with the title comes a neglected estate, an enormous amount of gambling debt, and one astounding acquisition that will turn William’s world upside down . . . It is her first London Season, and Lady Louisa Hargreaves could not be more pleased. She has attracted the attention of the Earl of Kerridge, and the two are on the cusp of an official betrothal. That is, until she learns of a generations-old family debt: her grandfather gambled her hand in marriage and lost, and now Louisa must pay the price. She will marry not the earl but a man she just met, who has taken her freedom in one fell swoop. Even as she struggles to understand the handsome and aloof man she is to wed, Louisa is irresistibly drawn to him—and he to her. But she soon realizes he is harboring secrets, and as her wedding day approaches, she must discover what her future husband is hiding before she makes the gravest mistake of her life.

The Gentleman's Deception (2017): Renowned actress Ruby Chadwick, The Darling of Drury Lane, has long planned and prepared for her final performance. With exceptional beauty comes the unwanted attention of men, and after years of fending off odious suitors, Ruby is ready to leave it all behind in favor of a quiet life. The first step is to reclaim a piece of her past: her true identity as Lavinia Fernley. But leaving town unnoticed proves impossible, and in one desperate moment, she embarks on the greatest act of her life when she throws herself into the arms of a stranger to avoid recognition.

Lucas Jennings is shocked to find the stunning redhead in his arms, but something moves him to play along with her ruse when she calls him her husband. This charade marks the start of an unpredictable journey as he escorts the lovely Lavinia and her traveling companions to Primrose Farm, far from the glaring lights of London. Soon, the tables are turned when Lucas introduces Lavinia to his family—as his fiancée. Before long, their mutual deception begins to feel all too real. But when the truth of her past is revealed, will Lavinia’s dream of a happy ending slip through her fingers?

Kit and Elizabeth (2019): Lady Elizabeth Spaulding’s world has fallen apart. Despite living her entire life to please her demanding parents, the Duke and Duchess of Marwood, she has little to show for it. After Elizabeth’s second failed betrothal, her father’s debts and appalling acts of retaliation force him to flee the country, consigning Elizabeth and her bitter mother to a life of poverty and exile. But Elizabeth’s fortunes change one day when an elderly acquaintance makes her an offer she can’t refuse.

Lady Walmsley, widowed and childless, is in need of a lady’s companion—and who better than the lovely Lady Elizabeth? Determined to rescue Elizabeth from her dreary life in the country, Lady Walmsley secures the help of Kit, the dashing Earl of Cantwell, in her quest. But the young woman they find is a ghost of the charming girl they once knew. Taken in by Lady Walmsley, and with Kit’s enthusiastic encouragement, Elizabeth finds herself pushed further and further from her empty solitude as she discovers the joy of truly living. Now, for the first time in her life, she must decide for herself who she is and if she deserves to be loved.