Speculative fiction, alternative worlds, futuristic, supernatural, horror
skyshark
Jan 17th, 2021, 2:14 am
#8268778 by skyshark
Bridge series By William Gibson (Books 1-3)
Requirements:.ePUB, .MOBI/.AZW reader, 6.5mb
Overview: William Ford Gibson is an American-Canadian writer who has been called the father of the cyberpunk subgenre of science fiction, having coined the term cyberspace in 1982 and popularized it in his first novel, Neuromancer(1984), which has sold more than 6.5 million copies worldwide.
Genre: Fiction > Science Fiction 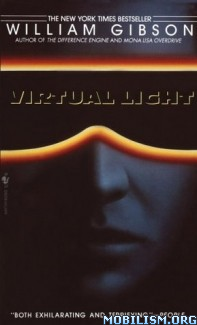 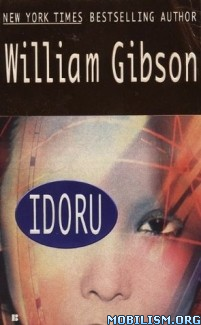 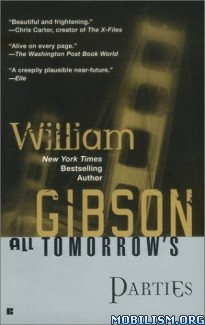 Virtual Light: Chevette rides as a courier, banging her paper laminate-framed bike through the streets of a future 'Frisco - she lives for it. On an impulse, she's risked everything; stolen a pair of sunglasses from some jerk. No ordinary shades, either: loaded with super-sensitive data, they could decide the destiny of the entire city. Rydell is working for Mr Warbaby, who has been hired to recover the glasses. But Rydell is none too sure that he likes his new employment opportunity; with SFPD Homicide involved, an abandoned bridge populated by freaks and misfits, and some weirdness involving the Republic of Desire and a 'Death Star', it's turning out to be a very strange and dangerous scene indeed ... William Gibson, author of the classic Neuromancer and creator of cyberpunk, here turns his hyper-acute imagination on the near future - to supercharged, nerve-shredding effect.

Idoru: Set in futuristic Tokyo, rebuilt after an earthquake, this is the story of a rock star who decides to marry a non-existent,virtual reality girl; the bemused American security consultant who has been sent to take care of him; and a teenage fan. A witty futuristic thriller. "Fast,witty and lovingly painted" GUARDIAN "Confirms Gibson as a realist writer for the post-Net generation" TLS "A true BLADERUNNER for the Nineties"

All Tomorrow's Parties: Rydell is on his way back to near-future San Francisco. A stint as a security man in an all-night Los Angeles convenience store has convinced him his career is going nowhere, but his friend Laney, phoning from Tokyo, says there's more interesting work for him in Northern California. And there is, although it will eventually involve his former girlfriend, a Taoist assassin, the secrets Laney has been hacking out of the depths of DatAmerica, the CEO of the PR firm that secretly runs the world and the apocalyptic technological transformation of, well, everything. William Gibson's new novel, set in the soon-to-be-fact world of VIRTUAL LIGHT and IDORU, completes a stunning, brilliantly imagined trilogy about the post-Net world.