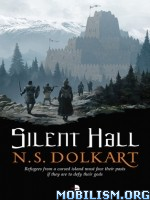 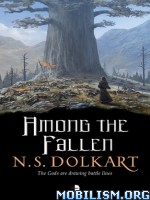 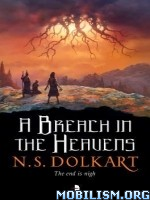 Silent Hall: A coward’ son, a merchant’s daughter, a young prince, a wild girl, and a half-dragon all find themselves refugees from their island home. When a plague destroys their home, they try to forge their own future. Along with a sinister wizard, they awaken a dragon and defy the gods. After their homeland is struck with a deadly plague, five refugees cross the continent searching for answers. Instead they find Psander, a wizard whose fortress is invisible to the gods, and who is willing to sacrifice anything - and anyone - to keep the knowledge of the wizards safe. With Psander as their patron, the refugees cross the mountains, brave the territory of their sworn enemies, confront a hostile ocean and even traverse the world of the fairies in search of magic powerful enough to save themselves - and Psander’s library - from the wrath of the gods. All they need to do is to rescue an imprisoned dragon and unleash a primordial monster upon the world. How hard could it be?

Among the Fallen: The Gods are Drawing Battle Lines. In the wake of the battle of Silent Hall, the city of Ardis is reeling, its leaders frightened and disorganized. The remaining oracle of the god Ravennis has resurfaced there and is spreading a new gospel - one in which Ravennis is the new Lord of the Underworld. Narky is swept up in the promotion of his religion, even while the prevailing church of Magor tries to put down its upstart rivals. In the meantime, Criton and Bandu discover a community of Dragon Touched that has survived in hiding, and with Criton's leadership, they begin a campaign to retake their former territories with the power of God Most High at their backs. Left to their own devices, Phaedra and Hunter go on a quest to rediscover the secrets of academic wizardry. But they soon discover that all five islanders are needed to prevent a true worldwide catastrophe. If only Criton and Narky weren't already on opposing sides of a regional war...

A Breach in the Heavens: Wizards war against gods to save the world, in the electrifying conclusion to the Godserfs epic fantasy series. The End Times have arrived. For over a decade, the sorceress Phaedra has had a single, vital task: to keep the world of the elves separated from humanity's. But when her world experiences its first skyquake, it's clear that something is very wrong. Has all Phaedra's work been for nothing? She'll need a new plan - and her friends' help - to keep the worlds from smashing into each other and shredding all of creation. Unfortunately, not everyone likes the new plan. To the God of the Underworld, destroying creation doesn't seem like such a bad idea...