flawlessdreamer
eBook Moderator
Jan 21st, 2021, 12:10 pm
#8281623 by flawlessdreamer
Emperor's Spear (The Imperial Assassin Book 4) by Alex Gough
Requirements: ePUB Reader / 874 KB
Overview: An intense novel of war at the Roman frontier.
On the Empire's Northern border trouble is stirring. For decades the barbarians have been at the gates. Now, facing threats from within as well as outside, the Emperor is provoking war.

When his friend Atius goes missing in Germania, Imperial Assassin Silus is sent into the heart of the battle-torn region.

Plunged into a deadly intrigue and a brutal conflict, can Silus find out who is betraying Rome? Or will the legions start falling, one by bloody one?

One of the standout new voices in historical fiction, bestseller Alex Gough is on riveting form in this brilliant novel, perfect for readers of Ben Kane and Conn Iggulden.
Genre: Fantasy 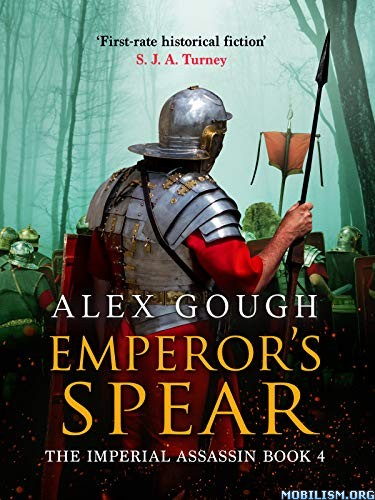 For dead links, please send me a PM.
Click the THANKS button if you like my releases. ❤