Schillerstrasse
VIP
Feb 16th, 2021, 6:14 am
#8357837 by Schillerstrasse
The Unfinished Land by Greg Bear
Requirements: .ePUB reader, 2.5 MB | Retail
Overview: Reynard, a young apprentice, seeks release from the drudgery of working for his fisherman uncle in the English village of Southwold. His rare days off lead him to strange encounters—not just with press gangs hoping to fill English ships to fight the coming Spanish Armada, but strangers who seem to know him—one of whom casts a white shadow.

The village's ships are commandeered, and after a fierce battle at sea, Reynard finds himself the sole survivor of his uncle's devastated hoy. For days he drifts, starving and dying of thirst, until he is rescued by a galleon, also lost—and both are propelled by a strange current to the unknown, northern island of Thule. Here, Reynard Reynard must meet his destiny in a violent clash between humans and gods.
Genre: Fiction > Sci-fi/Fantasy/Horror 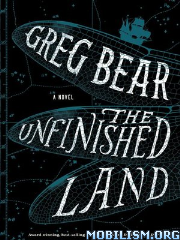 Thank you for clicking thank you

Get a corrupt file on Mega4up? Direct download. Do not use blue arrow until issue fixed.