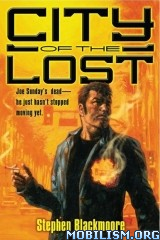 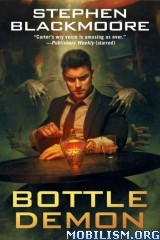 City of the Lost (A Novel in Eric Carter universe)
Joe Sunday has been a Los Angeles low-life for years, but his life gets a whole lot lower when he is killed by the rival of his crime boss-only to return as a zombie. His only hope is to find and steal a talisman that he learns can grant immortality. But, unfortunately for Joe, every other undead thug and crime boss in Los Angeles is looking for the same thing.

After being attacked by a demon in the one place he thought he was safe, Eric Carter has been killed, his soul sent to take its place as a stand-in for the Aztec god of death Mictlantecuhtli. But somebody on Earth isn't done with him, yet. Somebody with the power to bring him back from the dead. He doesn't know who, and worse he doesn't know why.

Between an angry death goddess, family secrets steeped in blood, a Djinn who's biding his time, and a killer mage who can create copy after copy of himself, Eric's new life looks to be just as violent as his last one. But if he doesn't get to the bottom of why he's back, it's going to be a hell of a lot shorter.