loya
eBook Moderator
May 7th, 2021, 9:11 pm
#8589694 by loya
The Depths Trilogy by Dan Monty (#1-2)
Requirements: .ePUB reader, 1.3 MB
Overview: Dan Monty is an Australian author who lives in Melbourne Victoria. He has written several books including "The Granville Train disaster". His new novel "From the Depths" released on October 28 2020. He is also a singer who performs under the name Narcosis. His next novel "The Outlaw Madrid" releases on December 15 2020, ahead of its original planned release of January 2021. This will be followed by two more "Depths" books which has now been confirmed to be a trilogy; "Into the Depths" (May 2021) and "Beyond the Depths" (November 2021). A Science fiction vision of "Robin Hood" will release August 2021. It will feature a comic book prologue. "Way of the Sword" released February 8 2021.
Genre: Fiction > Sci-Fi/Fantasy 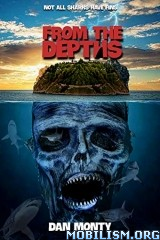 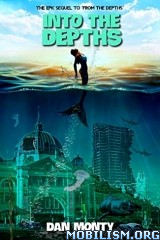 1. From The Depths
Five very different people are lured to an island in the Caribbean to assist a wealthy industrialist with research on sharks. However over time they s lowly discover there is much more to this island than meets the eye, and not all sharks have fins.

2. Into The Depths
When researchers travel to the island to piece together what happened, they are met with monsterous resistance. Abby and the surviving scientist escape the island and flee to Melbourne where a new terrifying threat is about to unfold... and this is just the beginning of what's to come.