VielBiern
Major eBook Releaser
May 12th, 2021, 8:50 pm
#8603570 by VielBiern
The Kringle Girls: Collection (#1-4) by Lily Rede
Requirements: .ePUB, .MOBI/.AZW reader, 1 mb
Overview: The Kringle Girls aren’t naughty, but the night is young! Santa’s four daughters are all single this Christmas Eve, but holiday romance is about to catch up with them. Follow Holly, Ivy, Noelle, and Merry on the family’s most important night of the year, and see what happens when they each get tripped up by a little magical matchmaking. Sweet and sexy, it’s a night not to be missed!
Genre: Fiction > Sci-Fi/Fantasy 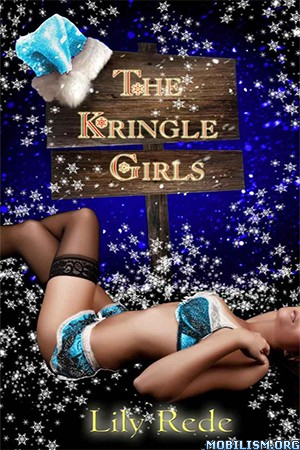 HOLLY – It’s hard to be normal when you’re Santa’s daughter, but Holly is giving it her best shot, staying out of the family business and building a life for herself as a small town teacher. However, the elves and Mrs. Claus decide to help things along when Holly falls for David, the hot divorced father of one of her young students. When Santa “accidentally” leaves the little boy’s present behind, the family calls on Holly to deliver it herself, even if it means a midnight tangle with David and a chance to make all her naughty wishes come true.

IVY – Determined to keep Santa’s empire up with the times, Ivy is so busy managing the company’s newly formed External Relations department that she can’t even take time out for the Christmas Eve party. Which is all for the best, because Ivy has a secret. However, when Rafe, her sexy business partner, discovers the Kringle Girls’ odd susceptibility to mistletoe, he decides to use the magical plant to launch his seduction of the cool and reserved beauty. As the party rocks on around them, Rafe will use every sexy trick in the book to woo Santa’s daughter, and get her to admit that not only is she as head over heels for him as he is for her, but that they belong together, even after Christmas is over.

NOELLE – Competitive and outrageous, Noelle doesn’t always play well with others, and lives a life of relative solitude out on the remote ranch, tending Santa’s magical reindeer and their families throughout the year. She’d be the last to admit that she’s a little starved for human companionship, and now that Santa’s rescinded her magical ability to pop from place to place for a whole month – after the silliest little spat – she’s really all alone. Forced to make the trek up to the North Pole by conventional means, Noelle picks up Will, an emotionally damaged drifter. As they travel, they find that a little vulnerability and a lot of heat can equal explosive chemistry, but can they make it to the North Pole with their hearts intact?

MERRY – Santa’s baby, Merry is the youngest, and has spent most of her life being bowled over by her confident and determined older sisters. Too timid to leave the North Pole, she’s contented herself with a life as Toy Manager to the elves. However, sometimes a Kringle Girl needs a little more than elf companionship. Unfortunately, the only likely prospect is Ben, her father’s new handyman. He’s hot and sweet and he might be interested, but shy Merry can’t seem to string two words together when he looks at her with those steel blue eyes. Can she overcome her shyness to go after what she wants? Or will she let Ben slip through her fingers?

Trouble downloading? Read This.
May 12th, 2021, 8:50 pm
"You don't have to burn books to destroy a culture. Just get people to stop reading them." - Ray Bradbury