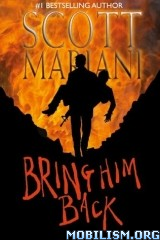 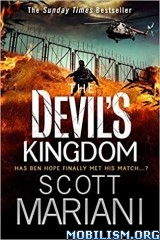 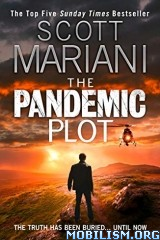 0.7 Bring Him Back
A Missing Boy
It's 2004. Twelve-year-old Carl Hunter has been snatched at gunpoint from his home on Jersey. He and his kidnapper have vanished without a trace.

A Distraught Mother
After weeks, the cops have found nothing. Jessica Hunter realises that if she ever wants to see her boy again, she'll need someone with some very special skills to find him. Enter Ben Hope, recently retired from the SAS and now working freelance to rescue kidnapped children.

A Deadly Secret
But as Ben begins his search for Carl, he soon discovers that nothing about this case is as it seems. Behind the mystery of the boy's disappearance is a sinister secret that threatens to destroy anyone who comes into contact with it...

14. The Devil's Kingdom
Has Ben Hope finally met his match? Held hostage by a despicable tyrant in the heart of Africa – within the lawless and unforgiving Congo – it’s not looking good for Ben Hope. Even worse, someone very important to him has fallen into the enemy’s hands, and they’re using this against Ben as part of a depraved plan to bend him to their will.

23. The Pandemic Plot
When ex-SAS major Ben Hope is urgently recalled to the UK from his base in France to assist with a family crisis, little does he know that he’s about to be drawn into one of the most dangerous missions of his career: his son Jude has been accused of a brutal murder, and all the evidence points to his guilt.

To prove Jude’s innocence Ben embarks on a wild chase, facing up against mysterious killers and piecing together a fragile web of clues. What connects an all-female criminal gang from the early 1900s called the Forty Elephants, a century-old vendetta and a shadowy government conspiracy that claimed millions of innocent lives?

Along the way Ben teams up with his former acquaintance, rugged Detective Tom McAllister. They’re heading for a showdown in the wilds of Cornwall, and the villains have no intention of letting Ben come out of it alive . . .