loya
eBook Moderator
May 13th, 2021, 10:11 am
#8605086 by loya
Witch by Iain Rob Wright (The Cursed Manuscripts #1)
Requirements: .ePUB reader, 443 KB
Overview: On December 21, 2012, according to the Mayan Calendar, the world was supposed to end. It didn't. But on that day, 113 mysterious manuscripts were discovered around the world, each one written in blood by an unknown author. After several dozen unexplained deaths befell the finders of said manuscripts, a decision was made to lock them up for good in a secret vault beneath the Vatican. It is said that anyone who reads the stories will die, and as such they are now referred to as 'The Cursed Manuscripts.' In December 2020, new manuscripts started turning up around the world. If you find one, do not read it.

The Summer holidays are here and school's out, but boredom quickly sets in for the poor kids of the Redsow housing estate. That's why best friends, Jude and Ashley, are desperate for something to do. Anything to take their mind off the endless misery that growing up seems to entail. In an effort to escape the local bullies, they decide to brave Devil's Ditch, a place deep in the woods that everyone says is haunted. It's all just stories, of course, and Jude and Ashley have bigger worries than ghosts and monsters. That is, until they discover an old farmhouse with a naked woman chained up inside. Her name is Rose, and something about her isn't quite right.
Genre: Fiction > Sci-Fi/Fantasy 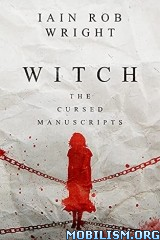