cblx
Major eBook Releaser
May 14th, 2021, 9:47 am
#8607936 by cblx
The Ship Series by Jerry Aubin (1, 5)
Requirements: .ePUB, .MOBI/.AZW reader, 2.19MB
Overview: Jerry Aubin is a technology executive who runs a venture-backed startup. A lifelong science fiction fan, he decided to write his own series when he became disenchanted with the stories available to read to his kids. He lives in Austin, Texas with his wife, two boys, and one awesome boxer named Queso.
Genre: Fiction > Sci-Fi/Fantasy 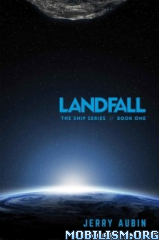 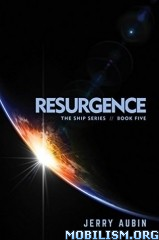 Landfall (#1)
Can one cadet really destroy the Ship after 5,000 years? With towering structures that jut out from the foundation of a massive asteroid, the Ship hurtles through space to preserve humanity. Its Mission -- seed a hostile universe with one billion colonists who fled a dying Earth generations ago. Zax has trouble fitting in with the other cadets as he strives to climb the ranks, but with quick thinking and daring action he captures the attention of the second most powerful officer in the Crew. Winning the Flight Boss as a mentor should guarantee Zax his dream spot in the Flight Academy, unless the startling discovery he makes along the way not only derails his career, but also shatters the Ship's fraying society.

Resurgence (#5)
With the battle for Earth over, our heroes are forced to deal with the repercussions of its outcome. They enlist their closest allies to take back the Ship from enemies both new and old, and along the way they discover a most unexpected source of help.