cblx
Major eBook Releaser
Jun 9th, 2021, 3:16 am
#8681146 by cblx
The Steel Seraglio by Mike Carey, Linda Carey, Louise Carey
Requirements: .ePUB reader, 1.14MB
Overview: The sultan Bokhari Al-Bokhari of Bessa has 365 concubines - until a violent coup puts the city in the hands of the religious zealot Hakkim Mehdad. Hakkim has no use for the pleasures of the flesh: he condemns the women first to exile - and then to death Cast into the desert, the concubines must rely on themselves and each other to escape from the new sultan's fanatical pursuit. But their goals go beyond mere survival: with the aid of the champions who emerge from among them, they intend to topple the usurper and retake Bessa from the repressive power that now controls it. The assassin, Zuleika, whose hands are weapons. The seer, Rem, whose tears are ink. The wise Gursoon, who was the dead sultan's canniest advisor. The camel-thief, Anwar Das, who offers his lying tongue to the concubines' cause. Together, they must forge the women of the harem into an army, a seraglio of steel, and use it to conquer a city. But even if they succeed, their troubles will just be beginning - because their most dangerous enemy is within their own number...
Genre: Fiction > Sci-Fi/Fantasy 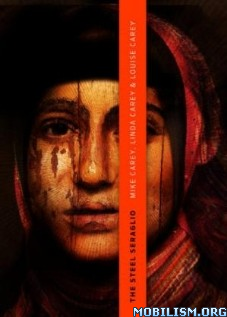 Trouble downloading? Read This.
Jun 9th, 2021, 3:16 am
If ALL links are dead please send me a PM and I will refresh ASAP.
If you like my releases then Click the THANK YOU button.