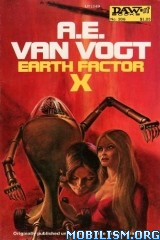 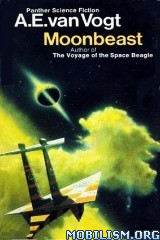 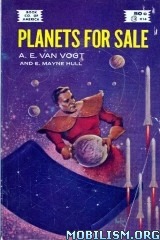 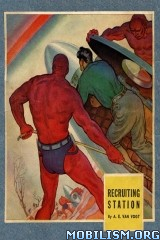 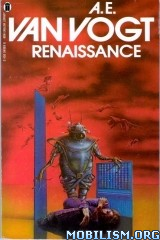 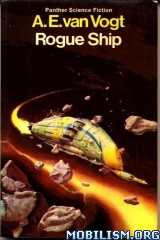 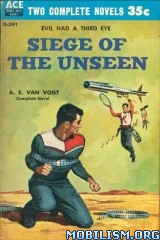 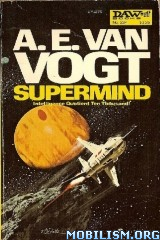 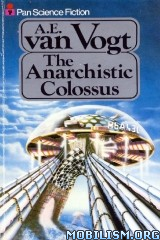 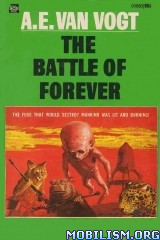 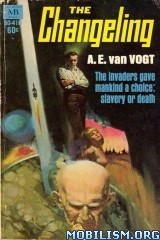 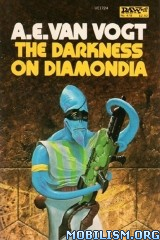 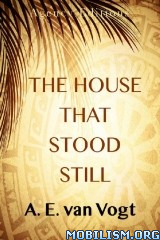 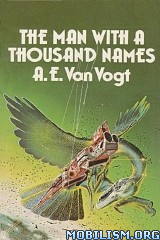 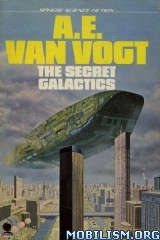 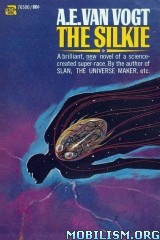 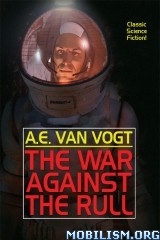 Earth Factor X (1974) aka The Secret Galactics
Reality twisted… slightly. Earth shivered. For a split second the Solar System wasn’t. And then was again. Less than a billionth of a second—but a time shift had nonetheless happened.
As the shadow ship started to emerge from the time jump, men and aliens were locked in a secret, undeclared war for control of the Earth. Genetically altered, the aliens looked exactly like humans. And they were in positions of power everywhere. Opposing them were two humans and one isolated brain in a mechanical body. But between them they held the one secret that the aliens had never learned about the people of Earth….

Moonbeast aka The Beast (1963)
One of the finest writers in the golden age of science fiction--and inventor of the intricatley plotted form of SF known as the "space opera"--offers the story of a flawed hero possessing almost superhuman strength. When his wife is kidnapped, war veteran Jim Pendrake embarks upon a search that takes him to a lost colony on the moon--and a secret, sinister society.

Planets for Sale (1954) [with E. Mayne Hull]
She was programmed to kill the man - and die! She left earth to find a new future in the pioneer Galaxy of the Ridge Stars, but from the moment she lands, she is trapped. Somehow, incredibly, she is caught up in an attempt to destroy the business genius, Blord. She is a helpless pawn in the galaxy's power struggle. Until Blord sees her, and comprehends the trap, and with fantastic speed and inventiveness stops her enemies and starts her new future...at his side. To face new dangers, new attacks.

Recruiting Station (1942) [ed. Jerry eBooks 2018]
Astounding Science-Fiction , March 1942 , Vol. XXIX, No. 1
“Men Wanted,” their signs said—men to fight the vast war of the future. But their signs didn’t say that, or that they were recruiting by time machine from all the ages of Earth!

Renaissance (1979)
It's a world of the future where women are the dominant sex and men are forced to wear chemically-treated glasses to keep them in line. Dr. Peter Grayson accidentally discovered the key to his chains: an unnoticeable crack in his rose-colored glasses that liberated him from the tyranny of women.
Suddenly Grayson is virile, he is powerful, alive! Women notice him, and want him!!
But unknown to him, his liberation is being monitored - by dangerous underground revolutionaries who want to use his powers to help overthrow the secret, extra-planetary masters of the world, the Utt.

Rogue Ship (1965)
Centaurus was the destination of the space ship The Hope of Man. It had been traveling through space for almost twenty years, and still nine years of flight remained before Centaurus would be reached. For many on board the craft Earth had become a vague memory, while for others it was a mere dot in the vast starry reaches of space. Restlessness was evident everywhere; the people wanted to return to a place they knew was inhabited -- not continue to an unknown where life was questionable. Mutiny seemed inevitable. Captain Lesbee knew that mutiny bred mutiny, but what was more vital was his knowledge of Earth's possible obliteration. The one hope was Centaurus. Now more than ever, there could be no turning back. Order had to be maintained even at the price of human life. On this interspace voyage, the greatest hazards are not the forces of an unknown scientific world, but man himself.

Siege of the Unseen (1959)
Michael Slade is a successful businessman who gets injured in a crash and suddenly develops a third eye on his forehead. He eschews treatment, and instead tries to learn to see from the third eye. As a result his wife divorces him and he is generally shunned. But when he does learn to see well with all three eyes (curing his previous two-eyed astigmatism in the process), he finds that he can transport himself to another world, apparently coexistent with Earth. This world is inhabited by three-eyed people.

Supermind (1977)
Earth is about to become a feeding ground for the Dreeghs, vampire aliens who need the blood of humans to survive . . . William Leigh, a reporter hot on the trail of a strange murder that looks like the victim was drained of blood, meets a young woman who claims to have information . . . After she holds a device in front of his face and flashes a light, Leigh forgets all that he has seen, and she loads him on her spaceship and transports him to the asteroid where she lives. He's her best hope to defeat the rest of the alien Dreeghs before they reach Earth. But the organization, Research Alpha, and the Great Galactics are observing from afar—this plan is but one of many that were set in motion long ago . . . to test whether I.Q. can be "rehabilitated," a Supermind created. Meanwhile on Earth, a mad scientist wants to see just how far along the evolutionary path he can push humans . . . favorable results in one case prove that his serum engenders super physical and mental powers, unfortunately it also has the possibility to promote the wrong elements of the evolutionary chain, and the galactic observers of Research Alpha must intervene . . .

The Anarchistic Colossus (1977)
The Anarchistic Colossus...takes place in a future Earth where anarchy has become a way of life - it is, however, a very special branch of anarchy, one that is controlled by the mysterious Kirlian computers...and one that must deal with a race of aliens who look upon the conquest of Earth as part of a very entertaining game...

The Battle of Forever (1972)
For thousands of years, mankind had survived in leisure behind the barrier. In miniature form, men had evolved a physiology and a philosophy of peace and contemplation. Modyun was to be the first to enlarge his body to the massive proportions of ancient times and then to go out to explore the world where animal-men had established their realms. His quest was to lead him to a darkness he had never expected and an uncertain future with which humanity might not be able to cope.

The Changeling (1969)
Once they had been normal men. But when the aliens took possession of their bodies, they became immortal, able to read minds; predict and change the future; possessors of weapons more powerful than Earth had ever known. Then their invading masters, with infinite care, made their immortal puppets hate ordinary men. But because they still looked and acted like everyone else, there was no way to tell who they were - until they attacked!

The Darkness on Diamondia (1974)
Colonel Morton was sent to Diamondia to report on the war between Earth-descended colonists and the guerilla warriors of the inhuman Irsk. Because something was going terribly wrong - a darkness was setting in, mental confusion was epidemic, and there was evidence of outside interference.
The Darkness was impartial, and Morton's encounters with it were the most disturbing events of his career. For it seemed as if the Outside were deliberately stirring up the planetary pot, mixing minds with minds, and personalities with personalities. But when Morton realized that the only solution might be to find and use the incalculable power of the Lositeen Weapon, he realized also that the decision was too great for any one man - even for all men together - to make. It is loosely based on the short story "Humans, Go Home!" from 1969.

The House That Stood Still (1950) aka Undercover Aliens / The Mating Cry
Allison Stephens knew there was something mysterious about the house and the people in it. Then he stumbles on the space ship and learned of the atomic war soon to destroy the Earth. He also found the strange people who lived for hundreds of years and possessed the knowledge of centuries.. they could have saved mankind.. but instead they planned to escape to another planet!

The Man with a Thousand Names (1974)
Although thirty light years distant, Mittend was Earth's nearest habitable planet. So the bored young heir, Steven Masters, contrived to join the first manned expedition just for a bit of excitement. When he found himself suddenly back on Earth in another man's body, it was more than he had expected. What then followed was a veritable kaleidoscope of events that was to involve him in multiple personalities, in more expeditions to Mittend, and in the affairs of the entity called Mother for whom Mittend itself was just a means to an end-and Steven Masters the handy next step in a galactic program.

The Secret Galactics aka Earth Factor X (1974)
Reality twisted... slightly. Earth shivered. For a split second the Solar System wasn't. And then was again. Less than a billionth of a second - but a time shift had nonetheless happened. As the shadow ship started to emerge from the time jump, men and aliens were locked in a secret, undeclared war for control of the Earth. Genetically altered, the aliens looked exactly like humans. And they were in positions of power everywhere. Opposing them were two humans and one isolated brain in a mechanical body. But between them they held the one secret that the aliens had never learned about the people of Earth.... Originally published in 1972. It was also published by DAW Books as "Earth Factor X". It is partly based upon the short story "The Sound of Wild Laughter".

The Silkie (1969)
Silkies. A race of apparent humans with the ability to change into other forms. One can live underwater. Another can survive and travel unprotected in outer space. In all three forms the Silkies can wield mental powers over energy to some degree.
Humanity has assimilated them by means of the Special People, who can establish telepathic rapport with the Silkies. All Silkies are male, and most are married to women of the Special People. They are employed as police in space, and most are comfortable with that role. One dedicated Silkie, Nat Cemp, encounters three different alien races, and with each encounter he gains more powers and learns more about the true nature of the Silkies, and of the Universe.

The War Against the Rull (1959)
The War Against the Rull is comprised of several linked novelettes published between 1940 and 1950, and a "new" story, "The First Rull." The lead character throughout is Trevor Jamieson, although at various times van Vogt uses other viewpoint characters, including Jamieson's son. The real problem is that we never really get inside Jamieson's head. He claims a Ph.D. in physics, including celestial mechanics and interstellar exploration "-- a highly specialized subject," he adds. Besides a son, Jamieson has a wife, but that doesn't give us much to go on.

Trouble downloading? Read This.
Jul 18th, 2021, 6:27 am
Asking for a REUP? Please give a link to ORIGINAL POST.
I'll reup my posts ONLY if ALL the download links are not working!